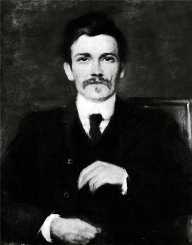 John Synge was a champion of the Irish literature and folktales. He was a great poet, dramatist, and writer of no mean reputation.

Edmund John Millington Synge was born in Dublin in 1871. He was the youngest in a family of eight children. His parents were Protestants of noble stature. His father was a lawyer, and his mother came from Church of Ireland hierarchical family. Little Synge lost his father to smallpox in 1872.

John Synge was barely one year old. Little did he know that he was to be raised up at his maternal grandmother’s house? Synge had a quiet personality. Most of the time, he was prone to ill health. The environment at his grandmother provided the vital distraction. There he developed a love for nature, bird watching, and animals.

He enrolled in various private schools. At the age of sixteen, he joined the Royal Irish Academy of Music. At the academy, he learned how to play the flute, violin, and piano. The following year, he went to Trinity College. John graduated with a Bachelor of Arts in1892. Since he was talented, he was awarded a scholarship. He left for Europe to study music and languages.

From 1893 to 1897 John Synge traveled through Germany, France, and Italy. His turning point came in 1896. He met William Butler Yeats while in Paris. Yeats was a renowned poet. The work of poetry by Synge impressed Yeats. William persuaded Synge to leave music and become a writer.

John Synge returned to the Aran Islands in Ireland. He studied the Gaelic language, culture, and folklore. This inspired his lifetime career in literature writing. Synge based his writing on the daily life of the rural Gaelic people he lived with. In 1902, he teamed up with Yeats and Lady Augusta Gregory to form the Abbey Theater in Dublin. It was at Abbey that he produced all his plays.

In their critical nature, his plays were not welcomed well. They upset both the Protestants and Catholics alike. His first book, The Aran Islands was completed in 1901. It told the story of the inhabitants of the islands.

The book portrayed their Catholic beliefs as a form of paganism. The Shadow of the Glen was done in 1903. It met stiff resistance from the Irish Protestants. They claimed it was demeaning to the Irish woman fraternity.

The next book was Riders to the Sea. The Catholics castigated it for mocking the belief in God. In 1905, The Well of Saints was also negatively received by the Catholics.

At the time of his death, John Synge had a collection of plays and poems. He published seven playbooks and 2 volume collections of poems

In his life, he was known to be a good listener. Most of his friends did not understand his negative attitude towards life. At an early age, he embraced Darwin's theory of evolution. This did not go well with his mother and family.

His belief in life made him leave the mainstream church. It also distanced him from his family. His love life was also tumultuous. He fell in love with Cherie Matheson. John Synge proposed to her twice. Both times he was turned down.

The rejection was due to their different religious beliefs. He was also a sickly person. A neck tumor had to be removed from his neck. The operation was soon before he returned to Ireland from Europe. Synge never married after the two rejections. He later got engaged to Molly Allgood but died before they married.

Owing to his poor health, he underwent another operation in1909. His health turned for the worse and led to his death on March 24, 1910. He was only 34 years of age.

In his short career, He managed to elevate the Irish literature to continental Europe. His ability to master foreign languages and culture helped him project his ideas well. Synge was a gifted poet and dramatist.

His wit and charm brought to the limelight the hardships of the rural poor. His open-mindedness brought him to loggerheads with many. Still, but Synge still spoke his mind. Today he is celebrated for his works in arts and literature. Several playwrights and novelists have written scripts about John Synge and his life ventures.