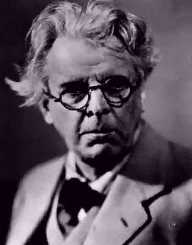 William Butler Yeats was an Irish poet and politician. Born on June 13, 1865, was one of the pioneers of 20th-century literature. He is regarded as one of the foundational figures of Irish and British literature. He alongside Edward Martyn and Lady Gregory among several others were the brains behind the Irish Literary Revival movement. He is also a co-founder of the Abbey Theatre. As a politician, Yeats served two terms as a Senator of the Irish Free State. He received the Nobel Prize in Literature in 1923.

William Butler Yeats was born on June 3, 1865, at Sandymount in County Dublin, Republic of Ireland to John Butler Yeats and Susan Mary Pollexfen. He had a brother Jack and two sisters Elizabeth and Susan Mary. After his birth, the family moved to Merville, Sligo, to live with Pollexfen’s extended family. This is where Yeats was raised and regarded as his childhood and a spiritual home? The family was highly artistic, and each of them was involved in arts one way or the other.

William Butler Yeats received his early education at home. John moved the family to England in 1867, in his bid to expand his artistic career. The young Yeats attended Godolphin school for four years with his academic performance described as fair. The family returned to Dublin in 1880, initially settling around Harold’s Cross and later moved to Howth. While there, Yeats continued his education at Erasmus Smith High School in Dublin. Yeats spent most of his time at his father’s studio, and that was when he met many artists and writers. This period commenced his poetry writing. He enrolled at the Metropolitan School of Art (currently National College of Arts and Design) between 1884 and 1886.

William Butler Yeats began his writing career at the age of 17 with his first poems and an essay titled “The Poetry of Sir Samuel Ferguson” being published by Dublin University Review in 1885. Most of his earlier works were inspired by writers like Percy Bysshe Shelley and Edmund Spenser but later embraced Irish mythology and folklore and the style of William Blake. He wrote the poem The Island of Statues, which was serialised in the Dublin University Review. In 1886, he published the pamphlet Mosada: A Dramatic Poem. The complete form of this work was first published in 2014.

In 1887, William Butler Yeats and his family returned to London, where he partnered Ernest Rhys to found the Rhymer’s Clubs, a group for London based poets. His collection, The Wanderings of Oisin and Other Poems, 1889 is based on the lyrics of the Fenian Cycle of Irish mythology. He became a member of the Hermetic Order of the Golden Dawn in March 1890 and used the magical motto Daemon est Deus Inversus (Devil is God inverted). He published John Sherman and "Dhoya" in 1891.

William Butler Yeats developed a strong interest in astrology, occultism, mysticism, and spiritualism, which would be part of his entire life. Reading extensively on the subject matter, he became a member of supernatural research organisation, The Ghost Club in 1911. He had indicated in 1892 "If I had not made magic my constant study I could not have written a single word of my Blake book, nor would The Countess Kathleen ever have come to exist. The mystical life is the centre of all that I do and all that I think and all that I write." His other works during this period include Poems, 1895, The Secret Rose, 1897, and The Wind Among the Reeds in 1899.

William Butler Yeats alongside Lady Gregory, Edward Martyn, Padraic Colum, Sean O’Casey and J. M. Synge founded the Irish Literary Revival movement. He also collaborated with Gregory, Martyn and George Moore to establish the Irish Literary Theatre, which lasted for just two years. He later worked with two Irish brothers William and Frank Fay, who had vast theatrical experience, actress Florence Farr, and Annie Horniman to found the Irish National Theatre Society. In 1904, he also worked with Synge to open the Abbey Theatre. He was also involved in establishing the Dun Emer Press that published works of members of the Revival. It later became Cuala Press in 1904. His works include The Wild Swans at Coole, 1917, and Vision in 1925. He served as the editor of the Oxford of Modern Verse from 1892 to 1935.

William Butler Yeats joined the Irish Republican Brotherhood during the early stages of his life. However, he began to distance himself from core political activism due to the then heightening tension in the political landscape including the Easter Rising. He even distances himself from some of his works which supported such activism. Yeats was appointed Senator for the Irish Free State in 1922. He was an opponent of political liberalism and individualism and supported the fascist movement.

William Butler Yeats was also against democratic governance seeing it as a threat to good governance and public order. Hel later disassociated himself with these views but would maintain his liking for authoritarian and nationalist leadership. He served as the Senator for two terms. He received the Nobel Prize in Literature in 1923, "for his always inspired poetry, which in a highly artistic form gives expression to the spirit of a whole nation."

In October 1917, William Butler Yeats married George Hyde-Lees who was 25 years. She was 27 years Yeast’s junior. They had two children Anne and Michael. Yeats died on 28 January 1939, aged 73 at the Hôtel Idéal Séjour in Menton, France.