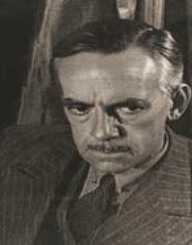 Eugene Gladstone O’Neill was born on October 16, 1888, in a Broadway hotel the Barrett House in New York City. His parents were the immigrant actor James O’Neill and Mary Ellen Quinlan. His father often toured with his theatrical company, and his mother accompanied him. For this reason, young Eugene was sent to St. Aloysius Academy for Boys- a Catholic boarding school in the Bronx. His father was an alcoholic, but his mother was addicted to morphine, which was first prescribed to her to relieve the pain of the difficult birth of Eugene.

At school, Eugene O'Neill often found solace reading books. He spent his summer at the Monte Cristo Cottage in Connecticut. After finishing his secondary education, O’Neill went on to study at the Princeton University for one year but left for unknown reasons. After leaving University, O’Neill spent several years at sea and suffered from depression and alcoholism. He had a deep love for the sea, and it became a theme in many of his plays. He joined the Transport Workers Union of the Industrial Workers of the World, an organization which fought for improved living conditions for the working class. His parents and eldest brother Jamie died in three years, just before O’Neill begun making his mark in the theater.

In 1912, Eugene O'Neill became ill with tuberculosis and spent a year at a sanatorium. It was then when he decided to devote himself to full-time playwriting. The events before going to the sanatorium, O’Neill later dramatized in the Long Day’s Journey into Night. He was previously employed at the New London Telegraph, where he worked as a journalist and published several poems. In 1914, O’Neill entered Harvard University and attended a course in dramatic technique by Professor George Baker. However, O’Neill did not complete the course and left only after a year.

In 1916, Eugene O'Neill began being involved with the Provincetown Players- a collection of influential artists and theater enthusiasts. The Provincetown Players later performed many of O’Neill’s early works. Several of his plays began to be performed downtown, until moving to Broadway. O’Neill’s first published play became Beyond the Horizon. It opened on Broadway in 1920 and received great acclaim. The play received the Pulitzer Prize for Drama. However, his first major hit became the play Emperor Jones, which commented on the U.S. occupation of Haiti and was even mentioned in the presidential election.

Several of his plays received the Pulitzer Prize, including Anna Christie, Strange Interlude, and his play Ah, Wilderness! - A play is reimagining his youth as it had wished it to be received the Nobel Prize for Literature in 1936. Eugene O'Neill took a ten-year pause, until 1946, when his play The Iceman Cometh was produced. The following year, his play A Moon for the Misbegotten was a failure, but after several decades became known as one of his best works.

In 1909, Eugene O'Neill married Kathleen Jenkins, which whom he had one son, Eugene O’Neill Jr. The couple divorced in 1912. In 1917, O’Neill met the writer Agnes Boulton and married her the following year. They had two children, Shane and Oona. The couple divorced in 1929 when O’Neill abandoned his wife and children to be with the actress Carlotta Monterey. They married a month after he officially divorced his second wife.

In 1929, Eugene O'Neill and his new wife moved to France, but in the early 1930s, he returned to the United States and lived in Georgia. In 1937, he moved to Danville, California. His house there is now the Eugene O’Neill National Historic Site. Monterey became addicted to potassium bromide, which resulted in deterioration of their marriage. However, they never divorced. In 1943, O’Neill disowned his daughter for marrying Charlie Chaplin when she was 18, but he- 54 years old. He never saw his daughter again. His son Eugene Jr., who was a Yale classicist, suffered from alcoholism and committed suicide in 1950.

Eugene O'Neill was suffering from many health problems, including depression and alcoholism, throughout his life. During the last years of life, O’Neill was suffering from a Parkinson-like tremor in his hands and was not able to write. He tried to use dictation but found that he is no ability to compose in that way. He intended to write a cycle of 11 plays about an American family since the 1800s, but only managed to write two- A Touch of the Poet and More Stately Mansions. After his health worsened, O’Neill dropped the project and began writing autobiographical plays, most notably The Iceman Cometh and A Moon for the Misbegotten, which he completed just before entirely losing the ability to write. Upon his requests, many of his uncompleted plays were destroyed by his wife.

Eugene O'Neill died at the Sheraton Hotel in Boston on November 27, 1953, when he was 65 years old. The autopsy discovered that he had a late-onset cerebellar cortical atrophy. In 1956, his wife Carlotta published his autobiographical play Long Day’s Journey into Night, despite his written instructions that it can be made public only 25 years after his death. The play received tremendous critical acclaim and won the Pulitzer Prize. To honor Eugene O'Neill, The United States Postal Service issued a $1 stamp for a period from 1965 to 1978. The collection of his works is at Yale University. The Eugene O’Neill Theater Centre in Connecticut continues to develop on new plays under his name.