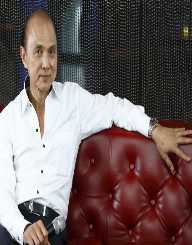 Jimmy Choo Born on November 15, 1948, Datuk Jimmy Choo Yeang Keat is a famous Malaysian fashion designer and the co-founder of Jimmy Choo Ltd. Based in the United Kingdom, he is known for handmade women shoes. Jimmy was born into a family of shoemakers, so it was easy to pick up the skills and put it on the international market. Less did he know that learning how to make shoes and making his first one at age 11 would bring his fame and make him successful. Jimmy who is worth about $50 million has designed for top celebrities including Princess Diana of Wales, and that was the start beginning of success for his crafty brand. Choo sold his stakes in the company in 2001 and currently work in the Jimmy Choo Couture licensed under the Jimmy Choo Ltd.

Jimmy Choo was born on November 15, 1948, in Penang, Malaysia into a shoemaking family. His surname being Chow was misspelled as Choo on his birth certificate. Jimmy Choo started his education at Shih Chung Primary School in Love Lane, Penang. Growing up, his father got him involved in the family business of shoemaking. Picking up the skill, he made his first shoe at age 11. He continued his educated at the Cordwainers Technical College, Hackey, which is currently part of the London College of Fashion and graduated in 1983. To support his education, he picked up some odd jobs including, a cleaner at a shoe factory and part-time job at a restaurant.

Three years after graduating from school, Jimmy Choo rented an old hospital building to start his shoemaking business. In 1988, his crafty work gained the attention of Vogue and some of his creation featured in eight pages of Vogue issue that year. This gave his a good mileage, and soon he got patronage from celebrities including Princess Diana of Wales in 1990. This was the beginning of a much greater success ahead of him. With a huge demand for his classy handmade shoes, Jimmy Choo collaborated with Tamara Mellon, British Vogue magazine accessories editor, to found the Jimmy Choo Ltd. When held 50% of the shares of the company until 2001, when he sold it off for £10 million.

Since then, his primary focus has been on the exclusive Jimmy Choo Couture line; a subsidiary licensed under the Jimmy Choo Ltd. Tamara Mellon manages another line of the company The Jimmy Choo London also called Jimmy Choo Ready-To-Wear. This line also sells other accessories including handbags. He is still involved in the main company, and they continue to produce expensive shoes. Even though he plies his trade and lives in London, Choo is collaborating in a project aimed to set up a shoemaking institute in Malaysia.

Jimmy Choo is married to a Hong Kong national, Rebecca Choo. They have two children, a son Danny and daughter Emily.

Jimmy Choo has become a popular figure in the world of fashion and has won several awards and honors for his crafty handworks. He was conferred on, the Order of the British Empire in 2002 for his work in the shoe and fashion industry in the United Kingdom. The Yang di-Pertua Negeri was awarded him Darjah Setia Pangkuan Negeri. Other awards include "The World’s Outstanding Malaysian Designer 2011" and You Bring Charm to the World – the Most Influential Malaysian Award. He has an honorary doctorate in Art from De Montfort University, Leicester.