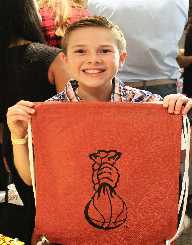 Jet Jurgensmeyer was born on November 27th, 2004 in Nashville. He is famed for being an American actor. With a charming personality, Jurgensmeyer began showing signs of entering into the acting arena by performing for his family while he was young. At the tender age of 3, he had began entertaining his family. This led to his early acting as his parents knew that he was destined to feature in films that would earn him high acclaim. Undeniably, this is what happened following Jurgensmeyer’s role as Spanky in The Little Rascals Save the Day – 2014. He also played another role that earned him nationwide recognition in Adventures in Babysitting – 2016.

Jet Jurgensmeyer was born on November 27th, in 2004. At the time of his birth, his parents were owners of a restaurant that offered live music and hosted dinner shows. In 2010, he made his first-ever appearance on TV in the series CSI: Crime Scene Investigation. During the same year, he also ventured into the film industry and played the role of Jet in the film Redemption Road – 2010. In 2014, he went on to play a lead role in the film The Little Rascals Save the Day. He was cast as Spanky, a role that brought young Jurgensmeyer into the spotlight. Other notable films that he has appeared in include Devil's Knot – 2013 and American Sniper – 2014. On TV, he featured in Adventures in Babysitting as Bobby Anderson in 2016. During the same year, he landed on roles in Legends of the Hidden Temple and Shimmer and Shine.