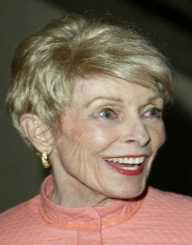 Janet Leigh was born on 6th July 1927, to Frederick and Helen Morrison. She was born in California, in the United States, in an area called Merced. The family moved to Stockton where Janet Leigh grew up and had her schooling. They moved back to Merced in 1941 when Janet Leigh's grandfather became very ill, and the family moved in to help him.

Leigh did her schooling at Stockton High School. After graduation, she enrolled at the College of the Pacific, and her study majored in music and psychology.

During her growing up years, Leigh’s father had struggled to make ends meet for the family, and once she was old enough, Leigh helped the family by working in retail, and working at the college while she studied.

When it came to her acting career, Janet Leigh was able to bypass most of the hard work and years of struggle that most actors endure. When she was 18, her family was working at a ski resort. An actress by the name of Norma Shearer was staying at the resort and saw a photo of Leigh, which she took back to MGM Studios and showed to one of the talent agents. With Shearer’s help, Leigh did screen tests, and was then offered a contract with the studio. She dropped out of college and took up acting classes with Lillian Burns, a drama coach.

Leigh's film debut was in 1947, in a movie called The Romance of Rosy Ridge. It was during this movie that her name was changed from Jeanette Morrison to Janet Leigh. Leigh's career took off. She did further movies in 1947, and by the end of 1948, she was the number one female in Hollywood for glamor. Movie successes followed, with Little Wo Janet Leigh men in 1949, and several movies later she was cast with Dean Martin and Jerry Lewis in Living It Up. 1953 saw Janet Leigh star opposition Tony Curtis in Houdini. Curtis would be her future husband, and the couple did five movies together.

In 1960, Janet Leigh won the role of Marion Crane, in a movie by Alfred Hitchcock called Psycho. This would become perhaps her most well-known role. This role was followed by many more leading roles. By the late 1960’s, Janet Leigh transitioned into television. Leigh had been in 53 movies, including, The Red Danube (1949), Safari (1956), and Bye Bye Birdie (1963). She was also in 38 different television shows, including both The Bob Hope Show and The Jerry Lewis Show, multiple episodes of Love Boat, and also The Man From U.N.C.L.E.

Leigh left it until 1975 to make her stage debut in a Broadway production called Murder Amoung Friends. She has also written four books, two of them novels. Her memoirs were published in 1984, called There Really Was a Hollywood. Her second book was published in 1995, calledPsycho: Behind the Scenes of the Classic Thriller.

Janet Leigh received a Golden Globe Award for her role in Psycho.

Leigh's first marriage was to John Carlisle in 1942. Just four months later, the marriage was annulled. Her second marriage was in 1945 to Stanley Reames, and they divorced in 1949.

Leigh's third marriage was to Tony Curtis, a fellow actor, in 1951. They divorced in 1962, but had two children together, Jamie Lee Curtis and Kelly Curtis. Both girls became successful actresses when they grew up.

Janet Leigh's fourth marriage was to Robert Brandt in 1962. Brandt was a stockbroker. Leigh was married to Brandt for 42 years and was still with him when she died in 2004.