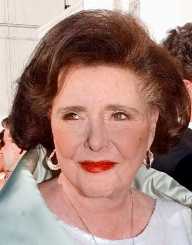 .Patricia Neal spent her life doing the one thing that she loved. She loved acting. It didn’t matter if it was in the film or if it was on a stage in a theater. The acting was her life.

Patricia Neal was the daughter of Coal miner William Burdett Neal and Eura Mildred Neal born on January 20, 1926. She was one of 3 children and grew up in Knoxville Kentucky.

At the age of 10, she developed the love of acting and wrote a letter to Santa wanting to study dramatics. In high school, she won the Tennessee State award for dramatic reading. Then at the age of 16, she apprenticed at the Barter Theater in Abingdon Virginia.

In 1953 on July 2nd Patricia Neal married Roald Dahl at Trinity church in New York. They had four daughters and one son during their marriage. On December 5, 1960, their son suffered brain damage from his baby carriage getting struck by a cab. Then on November 17, 1962, tragedy struck again when their daughter Olivia died from measles at the age of 7.

Glenda Jackson played Patricia in a tv movie about Patricia in 1981. Then in 1983 after 30 years of marriage, her and Roald’s marriage ended in divorce. Patricia Neal published her autobiography in 1988 titled “As I am.”

She became a Catholic in her final year of life dying at the age of 84. She died in Edgerton Massachusetts from Lung cancer.

In 1947 Patricia Neal landed an understudy Job in New York. She won a Tony award. But it was not until 1948 before she won the role of Regina in the play “Another part of the forest.” She ended up signing a 7-year contract with Warner Bros.

Patricia Neal had a 3-year love affair with Gary Cooper while she played in “The fountain head” opposite him. Then she played in the sci-fi classic “The day the earth stood still” in 1951.

She had a busy year in 1961. She played in the play “The witching hour” and appeared in “Breakfast at Tiffany’s.” She was in one of her finest roles when she played opposite Paul Newman in “Hud.” She even won an academy award for best actress.

Patricia Neal's career came to a halt in 1965. While pregnant with her 5th child she had a series of strokes that almost killed her. She had to have brain surgery and spent 3 weeks in a coma. She returned to the screen in 1968 playing a role in “The subject was rose,” but suffered memory issues.

In her life, Patricia Neal received an Oscar nomination and three Emmy nominations for her work in acting.