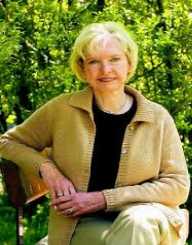 Janet Guthrie is a fantastic woman born on 7th March 1938 in Iowa City. In 1976 she broke the world record by being the first woman to compete in the NASCAR Winston Cup Stock car race. In the following year, she went ahead to shine again as the first lady to compete in the Indianapolis 500 and then the Daytona 500.

After all the amazing efforts she put in the car racing world, she was named to the Women’s Sports Hall of fame in the year 1980 and the International Hall of Fame in 2006.

On the 7th March 1938, Janet Guthrie was born as the first child to her parents. She was the eldest child of the five siblings. When she was three years of age, her family moved to Miami, Florida. Her father had gotten employed as a pilot with the Eastern Airlines. In Miami and following in the footsteps of her father she also becomes a fully licensed pilot at the tender age of 17.

In Miami, Janet Guthrie had the privilege to join Miss Harris’ Florida for girls in her high school period. Later she advanced to join the University of Michigan where she graduated with a B.Sc. in physics in 1960 and later found work at Republic Aviation.

Janet Guthrie joined the Republic Aviation after her graduation in 1960. There she worked as a research and development engineer. Some of the work she did here was used to the enhancement of the Project Apollo to get the rocket to the moon.

Janet Guthrie had the ambition to be an astronaut and applied for the position in 1964. She passed most of the tests but lacked the academic qualification in (P.H.D) to progress further into the program.

This set back did not dampen her ambitious path. She quickly restructured her life choices and took a chance with racing cars. To support her decision, she bought a Jaguar XK 120 and used her engineering knowledge to transform it into a racing car.

Janet Guthrie joined the race tracks sometime after that and in 1964 won two Sports Car Club of America races and finished in the 6th position in Watkins Glen 500 in New York.

In the year 1971, Guthrie was done with nine consecutive durability races. She started gaining her fame around the year 1976 when she entered the NASCAR Winston Cup as the first woman. Janet took the racing tracks by a storm by breaking the gender barrier which impressed her bosses.

Her bosses then decided to sponsor her as the Vollstedt’s second driver in 1977 in the Indianapolis 500 qualifying finals and the Daytona 500. She managed to clinch the positions 29th and 12th respectively. The following year she managed to attain position 9 out of the 33drivers that started the race.

Janet Guthrie was an ambitious lady during her time in the racing tracks. In her quest to prove her self she returned to Indianapolis and set the fastest time of the day twice. In Milwaukee the following year at the race of Bettenhausen 200 she managed to be number five.

This was the best finish for the Indy car racings. She was also the 4th driver to qualify at the Pocono 500. After a few more races her career took a hit due to insufficient funds due to lack of sponsorship.