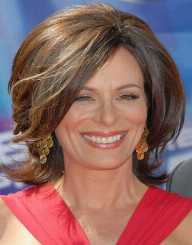 Jane Kaczmarek was born on December 21, 1955, in Milwaukee, Wisconsin, USA. Her parents are Evelyn and Edward Kaczmarek. She also has three siblings: Bill, Jim, and Mary.

Jane Kaczmarek’s on-screen acting career began in the early 1980’s when she appeared in the made-for-television movie For Lovers Only. She then went on to have a small recurring role in the show The Paper Chase from 1983-1984. Following this, she continued to have small roles in television shows and movies, like Hill Street Blues, Door to Door, Falling in Love, and I’ll Take Manhattan. One of her most popular television series from this decade was Hometown, in which she played Mary Abbot for one season in 1985.

Jane Kaczmarek’s next big television show was Equal Justice, which she began acting in as the character Linda Bauer in 1990. She would go on to be in one season this show. In 1993, Jane Kaczmarek also had a recurring role in the show Big Wave Dave’s. Throughout the decade, Kaczmarek continued to have small parts in shows and movies like Touched by an Angel, Apollo 11, Cybill, Frasier, and The Practice.

Jane Kaczmarek took on her most famous role as Lois on the hit family comedy Malcolm in the Middle in 2000. She would go on to play this role over the course of seven seasons, until the show’s finale in 2006. After this show ended, she went on to take another recurring role as the character Anne Hoffman on Help Me Help You from 2006 until 2007. In the next year, she played Judge Trudy Kessler on Raising the Bar. She held this role until 2009. Also in the 2000’s, she took on the voice role of Judge Constance Harm in The Simpsons.

It wasn’t until 2013 that Jane Kaczmarek had another recurring role on a television show-- Us & Them as Pam. She held this role until 2014. In the same year, she also picked up a recurring role on the show Playing House, as Gwen Crawford. She also had a recurring voice acting role on the animated children’s show Jake and the Neverland Pirates. Some of the other shows that she has had small roles during this decade include The Big Bang Theory, The McCarthys, Phineas and Ferb, and The Middle.

In 2002, Jane Kaczmarek started up her charity with her husband, Bradley Whitford, called Clothes Off Our Back. This charity works by celebrities selling their clothes and donates the proceeds to various children’s charities.

Besides working with her charity, Jane Kaczmarek has also been known to donate to various other charities. Some of the other charities she works with include the Center for Autism and Related Diseases, Feeding American, Hope North, the International Myeloma Foundation, and The Heart Truth.

Through her decades of television acting, Jane Kaczmarek has racked up quite a few wins and has been nominated for several Primetime Emmys and Golden Globes. Some of her most impressive awards are listed below. American Comedy Award for Funniest Female Performer in a TV Series (Leading Role) Network, Cable or Syndication (Malcolm in the Middle)Family Television Award for Best Actress (Malcolm in the Middle)

Jane Kaczmarek married Bradley Whitford in 1992. This couple has three children together: Frances, George, and Mary.