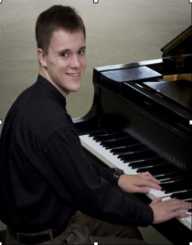 Ian Andrew Robert Stewart was born in the area of Fife, Scotland, on July 18, 1938. He started playing the piano and the banjo during his childhood. After finishing school, he got a job as a shipping clerk at Imperial Chemical Industries.

In 1962, Ian Stewart found an ad in Jazz News that called for musicians who wanted to form a group. He contacted Brian Jones, the man who placed the ad. They formed a band together with Mick Jagger, Keith Richard, and several other musicians. They decided to call the group the Rolling Stones. The first show they performed was held at the Marquee Club in London.

In 1963, the group’s manager, Andrew Loog Oldham, decided to remove him from the spot. He thought the band members should be glamorous and fun. Stewart, on the other hand, was too old and serious for that. Still, he managed to keep his job behind the scenes. He continued working as the band’s road manager. He organized the group’s gigs and accommodation. He also took care of the instruments and equipment. He was a vital part of the band. He was often referred to as the Sixth Stone.

Ian Stewart also continued playing music for the recordings. He played the piano, the electric keyboard, and the organ on almost every album the band released since 1964. Apart from the Rolling Stones, he also worked on a few songs with Led Zeppelin, Howlin’ Wolf, George Thorogood, and the Destroyers, Ronnie Lane, and The Blues Band.

Ian Stewart also started his band. It was called Rocket 88, and it belonged to the boogie-woogie genre. He formed it together with the musicians Alexis Korner, Charlie Watts, and Dick Morrisey. They performed occasionally, and they released an album called “Rocket 88 Boogie” in 1981.

Ian Stewart's wife was a woman called Cynthia Dillane. He married her in 1967.

Ian Stewart died from a heart attack on December 12, 1985. Two months later, the Rolling Stones played a tribute show for him together with Rocket 88.

In 1989, the Rolling Stones made it into the Rock and Roll Hall of Fame. They demanded Stewart’s name to be included there as well. In 2011, the pianist Ben Waters published a tribute album for him. It was called Boogie 4 Stu. Stewart was also named as one of the sources of inspiration for Detective Rebus. He is the main character in a popular series of crime novels and TV shows, written by Ian Rankin.