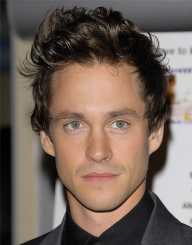 Hugh Michael Horace Dancy was born on June 19, 1975. He is a British actor. He is popularly known for his role as Will Graham in the NBC Series ‘Hannibal’. He is also known for his role in the play ‘Venus in Fur.’ Hugh has appeared in other known films and miniseries such as ‘Adam,’ ‘Ella Enchanted,’.‘King Arthur’, ‘Elizabeth I’ and ‘Daniel Deronda’ among others. He is currently forty-three years old.

Hugh Dancy was born on June 19, 1975, in Stoke on Trent in Staffordshire. He was raised in Newcastle under Lyme. He was born to Sarah Ann Dancy who works in academic publishing and Jonathan Dancy who is a philosophy professor at the University of Reading and University of Texas in Austin. His father also teaches in both schools. He was brought up alongside two siblings, Jack Dancy, and Katharine Sarah Redman.

He attended Edenhurst Preparatory School in Newcastle under Lyme for his primary education. He later attended Dragon School in Oxford which is a boarding school. At the age of thirteen, he joined Winchester College. When he was eighteen, he appeared in the Winchester College Players production of ‘Twelfth Night.’ He later attended St. Peter’s College in Oxford where he studied English under Francis Warner who is a playwright and poet.

After Hugh Dancy graduated from college, he moved to London where he met casting director Ross Hubbard and Dallas Smith who was an agent. Dallas later signed him as an actor. In 1999, he appeared as Danny in the series ‘Cold Feet.’ In 2002, he appeared as the main character Daniel Deronda in the film ‘Daniel Deronda’.

In 2004, he became most popular when he appeared in ‘Ella Enchanted’ alongside Anne Hathaway. In the same year, he also appeared in the film ‘King Arthur’ alongside Mads Mikkelsen. The following year, he starred in ‘Adam.’ He later appeared in films such as ‘Black Hawk Down’, ‘The Sleeping Dictionary’, ‘Shooting Dogs’, ‘The Jane Austen Book Club’, ‘Confessions of a Shopaholic’, ‘The Wildest Dream’, ‘Hysteria’, ‘Late Night’ and ‘Martha Marcy May Marlene’ among others.

In 2010, he starred in the production ‘Venus in Fur’ alongside Nina Arianda until 2011. He later got a major role in the series ‘Hannibal’ that ran for three seasons. He has appeared in other television shows such as ‘Relic Hunter,’ ‘Elizabeth 1’, ‘The Big C,’ ‘Robot Chicken,’ ‘The Path,’ ‘Trial and Retribution,’ ‘Dangerfield’ and ‘The New Adventures of Robin Hood’ among others.

Hugh Dancy met Claire Danes who is an American actress in Rhode Island while they were on the set of ‘Evening’ and they started dating. In 2009, they got married in France via a secret ceremony. Together they have two children, Cyrus Michael Christopher Dancy and their second son who was born in August 2018. He lives with his family in West Village in New York City, United States of America.