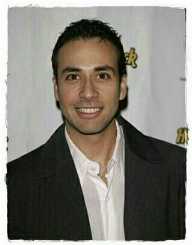 Howie Dorough is a singer, actor and a member of the famous band The Back Street Boys. He is also the founder of the Dorough Lupus Foundation – an organization that raises awareness about Lupus.

Howie Dorough was born on August 22, 1973. His birthplace is Orlando, Florida and his star sign is Leo. His parents are Hoke, and Paula Dorough and his full name are Howard Dwaine Dorough. His parents had six children of whom he is the youngest. Howie Dorough has mixed ancestry – part Irish and part Latin. From his childhood, Howie was attracted to acting and performing on stage. He regularly participated in his school’s singing events and at other local competitions.

Howie Dorough initially appeared in a few child roles in movies like Parenthood and a few commercials from Disney. However, very soon he formed his band and started performing music live.

Howie’s career breakthrough came in 1992. He auditioned for The Backstreet Boys under a pseudo-name Tony Donetti. He was selected, however, his contact information went missing. He auditioned again a few months later, and surprisingly realized he had been selected the first time itself.

The band comprised of five members – AJ Mclean, Nick Carter, Kevin Richardson, Brian Littrell and Dorough himself. The band became hugely popular – first in Europe. The band decided to tour to support their album’s release. The album went on to sell over 8 million copies. Their second album Backstreet’s Back sold over 14 million copies worldwide.

The album reached number 4 on the Billboards and also reached the number 1 spot in many other countries. In 1999, they released Millennium. The album featured the song Shape of My Heart. The band went on a hiatus for a brief period during which all band members except Howie Dorough explored a career as a solo artist. They regrouped in 2005 to release Never Gone. In 2007, Unbreakable was released. Two years later, they released. This is Us. Currently, the band is busy on a new album.

Howie Dorough began his solo career in 2006. He also worked on several other projects and released his first solo album titled Back to Me in 2011. He has also provided his voice to several animated characters including Santa Claus in a cartoon show on Nickelodeon.

Howie Dorough had to pass through a very rough time in 1998. His sister Caroline died due to Lupus – a deadly disease if untreated. Dorough started the Dorough Lupus Foundation to raise awareness and funding for research on the cure of the disease.

In 2007, he married his longtime girlfriend, Leigh Boniello. They had dated each other for seven years after meeting in 2000. At the time, Boniello was hired to work on the website for the Backstreet Boys.

They have two children – James born on May 8, 2008, and Holden born on February 16, 2013. Howie Dorough is very grateful for everything that he has received in his life and loves giving back to the society by mentoring upcoming musicians.