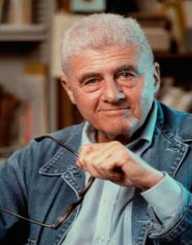 Howard Nemerov was born on February 29, 1920, to David and Gertrude Nemerov in New York, United States. David and Gertrude were Russian Jewish immigrants. His siblings were Diane Arbus and Renee Nemerov Sparker Brown. He was brought up in a religious family, Howard joined Ethical Culture’s Fieldston School where he graduated with as a remarkable student in 1937.

Howard was also right in soccer. He then entered Harvard University where he graduated with a degree in Bachelor of Arts (B. A). Howard was a Bowdoin novelist in 1940. His interest in arts was driven by his father David who was keen on art.

Howard Nemerov joined the US Army immediately after his education at Harvard and worked as a pilot during World War II. He was later discharged as a lieutenant. Then, he took a teaching job at Hamilton College. This post paved the way for his other teaching positions later during his adult life

Howard began his teaching career at Hamilton College. He taught World War II veterans’ literature in the college. After a while, Nemerov went on to teach at Washington University, St. Louis, Missouri, and Benning-ton College, Brandie's university.

During this time, he also put out his initial work of poetry, ' The Image of the Law’ in 1947. Also, Howard was a prose and essay writer. For instance, he wrote many essays such as 'Journal of the Fictive Mind.' He is also remembered for many novels he authored and co-authored such as the 'Melodramatics.' His work 'the Collected Poems' won him three prizes: the coveted Pulitzer Prize, Bollinger prize, and the prestigious national book award.

Nemerov mentored 'the library of Congress’ between 1963 and 1964. It was at the same time that he serves the Academy of American poets as a chancellor. In 1998-1990 he was selected for the position as 'poet laureate of United States.'

Howard received many awards and prizes during his lifetime as a result of his impeccable work. For instance, he won the 'academic of American poets, 'Guggenheim foundation award,' 'a national endowment for the arts grant,' and at a later date the ‘The National Medal of Arts.’ He was the first person to be awarded the Aiken Taylor award. His name also featured in St. Louis walk of fame.

Howard Nemerov writing scholarship is intended to offer a scholarship to ten students who are academically talented. The award is provided to both art and science students. This scholarship helps the scholar to realize their potential and achieve their goals. However, it is limited to students studying in St. Louis at Washington University.

Howard Nemerov married Margaret Russell in 1944 before he quit the army. Together they had three sons; Alexander, Jeremy, and David. Howard’s works have elicited a lot of debate among critics especially his poetry due to his philosophical approach. He incorporates both satire and irony giving a glimpse of poetry in America. This is brought out in war stories. Howard also combines written language to explain obscurities of life.

Howard was a literary critic. He had many books to his name and won the Pulitzer Prize. He lived in University City in Missouri.