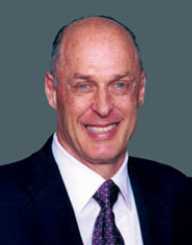 Henry Merritt “Hank” Paulson Jr. is an American banker. Born on March 28, 1946, he served as the 74th United States Secretary of the Treasury. Before attaining that position, he served as the Chairman and chief executive officer of Goldman Sachs. After his service as Secretary of the Treasury, he founded the Paulson Institute at the University in 2011. Paulson is currently the chairman of the institute. The institute aims at promoting a clean environment and sustainable economic growth across the world. Paulson is also a fellow at the Harris School of Public Policy Studies.

Henry Merritt “Hank” Paulson Jr. was born on March 28, 1946, in Palm Beach Florida. His parents were Marianne and Henry Merritt Paulson, a wholesale jeweler. Brought up in the Christian Scientist faith, he grew on a farm in Barrington, Illinois. As a youth, Paulson joined the Boys Scout of America where he earned the Eagle Scout rant. He subsequently received the Distinguished Eagle Scout Award.

Paulson received education at Barrington High School, graduating in 1964. While there, he took part in sporting activities like football and wrestling. Following his graduation, he enrolled at Dartmouth College where he joined the Sigma Alpha Epsilon fraternity. He graduated with a B.A. in English in 1968. He therefore entered Harvard Business School for a Master of Business Administration and graduated in 1970.

Following his graduation, Paulson worked at the Pentagon as staff assistant to the Assistant Secretary of Defence. He served there from 1970 to 1972. He subsequently served under President Nixon admiration as assistant to John Ehrlichman from 1972-73.

In 1974, Paulson joined the Golden Sachs, where he worked under James P. Gorter at the company’s Chicago office. Eight years later, he became a partner in the firm. He, therefore, led the Investment Banking group for the Midwest region from 1983 to 1988. Afterward, he served as the managing partner of the Chicago office in 1998. Paulson later held positions like co-head of Investment Banking from 1990 to 1994 and then Chief Operating Officer from 1994 to 1998. He eventually took over from Jon Corzine as the chief executive officer. During his career, he built a personal relationship with China. His estimated net worth is $700 million.

U.S. Secretary of the Treasury

President George W. Bush nominated Paulson as the US Treasury Secretary on May 30, 2006. The Senate confirmed his nomination on June 28, 2006. Before taking office, he had to liquidate his stock in Golden Sachs, in compliance with the conflict of interest regulations. The stock valued at about $600 million in 2006.

Following his assumption into office, Paulson discovered four major long-term economic issues that needed quick intervention. This included the vast gap between the rich and the poor in the country. During the subprime mortgage crisis, he contributed to creating the Hope Now Alliance, to assist homeowners in crises.

Paulson led the George Bush administration’s efforts to reduce the impact of the 2008 financial crises. As such, he initiated measures for the federal takeover of mortgage-loan agencies Freddie Mac and Fannie Mae. Also, he collaborated with Federal Reserve Chairman, Ben Bernanke, for the creation of a loan facility that ensured the American International Group, Inc. (AIG), stayed solvent. Furthermore, Paulson was instrumental in the drafting of the Emergency Stabilization Act of 2008. Paulson left office in 2009.

After leaving office in 2009, Paulson became a distinguished visiting fellow at the Paul H. Nitze School of Advanced International Studies at Johns Hopkins University. He founded the Paulson Institute at the University of Chicago in 2011. That same year, he became a fellow at the University of Chicago’s Harris School of Public Policy. Paulson published the book, Dealing With China: An Insider Unmasks the New Economic Superpower in April 2015. Facebook founder Mark Zuckerberg selected the book for the Mark Zuckerberg book club.

Henry Paulson is married to Wendy Judge, with whom he has two children. His elder son Henry Merritt Paulson III, is a majority share owner of Peregrine Sports, LLC. His daughter is journalist Amanda Paulson.

William Hurt portrayed Paulson in the HBO film Too Big to Fail, 2011. James Cromwell also portrayed him in the BBC film, The Last Days of Lehman Brothers in 2009. The Time ranks Paulson among the "25 People to Blame for the Financial Crisis" in 2008.