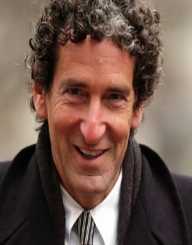 Mark Swartz is the former Chief Financial Officer of Tyco International who was convicted of defrauding the organization along with his senior Dennis Kozlowski.

Mark H. Swartz was born in Boston in 1961. He enrolled at the University of California, San Diego and graduated in 1981. He holds a Political Science degree. He is married to his wife Karen with three children.

He became the Chief Financial Officer of Tyco International in 1995. He worked under the supervision of his leader Dennis Kozlowski who was the Chief Executive Officer at the firm. The two worked closely within the company and became good friends in their personal lives.

Swartz and Kozlowski lived a flamboyant lifestyle. In 1997, Kozlowski created a fund trust to enable him to purchase a residential house in Nantucket. Swartz became one of the trustees. The intended house was valued at US 5 million. Swartz bought a house curtain worth USD 6,000 for his wife. He funded lavish overseas trips for his family. He also hosted expensive parties for his family and friends. He purchased an umbrella stand worth USD 15,000.

Swartz reduced his company loan by USD 12.5 million in 1999 in an entry deemed fraudulent. He did not follow due process in the company’s regulations on cancellation of staff debts. Swartz claimed it was part of his bonus pay for the company to cancel his debt.

In 2001 Swartz and Kozlowski offloaded their Tyco stock shares in a move that raised suspicion. They sold back the shares secretly even after declaring in public that they will not do the same. Swartz and Kozlowski earned USD 35 million and 70 million respectively. They flouted company regulations that required them to be shareholders. After the transaction was publicized, they promised to buy back new shares.

Swartz helped stabilize the financial entries of the company in its accounting books. The company seemed to grow in its books. In reality, the company stocks were dwindling fast. Auditors discovered the anomalies in the transactions and use of office funds.

In 2002, Kozlowski resigned under pressure from the company investigators. He was replaced by Edward Breen. Breen sacked Swartz from his position as the company’s CFO. Swartz and Kozlowski now faced criminal charges for embezzling funds and tax non-remittance.

In September 2002 Swartz was tried in court for stealing millions of dollars from the Tyco International firm. The presiding judge dismissed the case after one of the jurors became a suspect of unethical character. In the retrial, the prosecution managed to prove their fraud and other embezzlement charges against the two former senior officials.

In June 2005 Mark Swartz was convicted of 22 charges of fraudulently acquiring USD 134 million from his former employer Tyco International. Swartz and Kozlowski paid back USD 240 million in restitution and other court fines to Tyco International. He received a jail sentence of between 8 to 25 years in prison with a possibility of early release.

Swartz was released from prison in January 2014. This was a culmination of a long process of a judicial reform process. As part of the process, Swartz worked on a scheduled work release program. In the program, Swartz worked during the day at a local law firm as a legal assistant. He returned back to prison during the nights. He also spent the weekends at the prison.

Kozlowski worked on another program as a clerk in a designated software company. He applied for parole and denied. He is still fighting for his release on good behavior merit.

Swartz sued Tyco International for restitution in May 2012 while in prison. In the lawsuit, he claimed payment amounting to USD 60 million in damages. Swartz argued that the company knowingly gave him benefits in legal agreements when he was being secretly investigated. He stated the owed benefits are part of his retirement package upon his resignation in 2002. Tyco has effectively launched a countersuit. In a similar case in 2010, Kozlowski lost a benefit battle with Tyco after he claimed restitution for being denied his retirement benefits.

Swartz proved himself as an influential figure in the financial world. He was headhunted from the audit firm Deloitte & Touché in 1991. Even when the investigations over his theft of funds went public, Swartz won the CFO Magazine Excellence Award in 2000.

Swartz still maintains his innocence in the fraud convictions. He was released for showing good behavior after serving the mandatory sentence of the minimum eight years in prison.