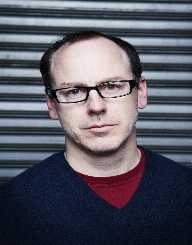 Punk rock musician, academic and author Greg Graffin was born Gregory Walter Graffin on the 6 November 1964 in Madison, Wisconsin. He was raised in Milwaukee until the age of 11 when his parents divorced. He then went with his mother to Los Angeles where they lived in the San Fernando Valley.

Greg Graffin graduated from El Camino Real High School then enrolled at the University of California, Los Angeles where he obtained a B.A. and M.A. Later on, he earned a doctorate in the history of science from Cornell University.

Greg Graffin became interested in pop music at a young age by listening to the radio, and when he relocated to California, the LA punk scene was in its infancy. He found himself being influenced by punk bands such as the Circle Jerks, the Adolescents and Black Flag. He was also a fan of Elvis Costello.

In 1980, Greg Graffin co-founded Bad Religion with Jay Bentley on bass and guitarist Brett Gurewitz. They formed their indie label Epitaph and released their music including Bad Religion (1981), How Could Hell Be Any Worse (1982) and Into the Uknown (1983). The band members changed, with Graffin being the only original for a time during the latter half of the 1980s. Greg Hetson joined him, and after a period away, Gurewitz rejoined.

Bad Religion released more music including Suffer (1988), No Control (1989) and Against the Grain (1990). During this time, the Epitaph label had signed the band Offspring which found international success. He also produced albums for other bands during this time including Bottom 12’s Songs for the Disgruntled Postman (1966). In 1997, he released his solo album American Lesion followed by Cold as the Clay (2016) and Millport (2017).  Bad Religion released their 15th album, The Dissent of Man in September 2010.

In 2006 Greg Graffin's book, Belief in God Good, Bad or Irrelevant? A Professor and Punk Rocker Discuss Science, Religion, Naturalism & Christianity co-authored with historian Preston Jones was published. He has also co-written a book with Steve Olson, Anarchy Evolution (2010). His book Population Wars was released in 2015.