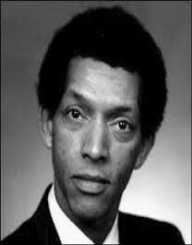 American space scientist and inventor George Robert Carruthers was born on the 1 October 1939 in Cincinnati, Ohio. His father was a civil engineer, and his mother took care of the home and family. The family was resident in Milford, Ohio when Carruthers’ father died. His mother then relocated her family to her hometown of Chicago.

As a child, Carruthers developed an interest in science. He was taken to the Chicago planetarium, various libraries, and museums which intensified his interest. He was also a keen reader and developed a preference for science-fiction. He joined the Chicago Rocket Society and was also a member of other science clubs. He built a telescope as well as model rockets and was soon winning awards at science fairs.

After receiving his doctorate, George Carruthers joined the Naval Research Laboratory in Washington D.C. where he worked on far-ultraviolet astronomy. He obtained a patent for his invention, the Image Converter in 1969. The Image Converter was capable of detecting electromagnetic radiation in short-wavelengths.

George Carruthers went on to develop a far-ultraviolet camera, called a spectrograph, that became the first moon-based space observatory which was taken to the moon by Apollo 16 astronauts (1972). The camera remained on the moon, and in 1973, a second camera was onboard the final Skylab flight to take images of Comet Kohoutek.

Since then Carruthers has worked on many projects utilising his cameras including the sounding rocket and space shuttle missions. He also helped develop a programme, the Sciences & Engineers Apprentice Program for high school students. The plan allows high school students to spend a summer at the Naval Research Laboratory assisting scientists.

It was one of Carruthers’ cameras that obtained an ultraviolet image of Halley’s Comet in 1986. He invented the camera used on the Space Shuttle Mission in 1991. Carruthers is also a lecturer at Howard University in Washington, D.C. where he teaches a two-semester course in earth and space science, which is sponsored by a NASA AeroSpace Workforce Development Grant.

George Carruthers has won many awards and honours, including being named the Black Engineer of the Year (1987). In 2003, he was inducted into the National Inventors Hall of Fame. Carruthers also won the Arthur S. Flemming Award (1971), the NASA Exceptional Achievement Scientific Award (1972) and the Warner Prize, awarded by the American Astronomical Society  (1973).