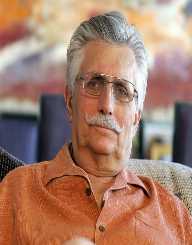 Fred Goldman is an American filmmaker and producer. In 1994, his son Ron Goldman was killed together with Nicole Brown Simpson.

Frederic Goldman was born in 1940 in Chicago. He is a businessperson with diverse interests. In 1974 he won custody of his two children after a divorce case settlement. He raised his son Ron and daughter Kim as a single father. He relocated to southern California with his new wife and children. Ron joined them later.

On June 12, 1994, Fred Goldman became a public figure of interest in the media circles within the US. His son Ron Goldman was murdered, alongside his friend Nicole Brown Simpson. Nicole Simpson was the former wife of former American football legend O. J. Simpson. Goldman was a waiter and aspiring actor. He worked at the Mezzaluna Restaurant in Los Angeles. Fred Goldman and the family were appalled by the news of the murder.

On the material day, Ron returned Nicole’s sunglasses that she left at the restaurant. Ron and Nicole were murdered by unknown assailants in front of Nicole’s house in Los Angeles. The police arrested Nicole’s ex-husband O. J. Simpson on suspicion of murder. In the dramatic arrest, Simpson engaged the Los Angeles police officers in a highway car chase in downtown Los Angeles. The chase was televised live on the American television stations.

Simpson was charged with the two murders in January 1995. As the trial continued, Fred Goldman gave his views on the proceedings. He called for justice to prevail in the trial for his son’s murder. He continued pressing for justice through interviews and press conferences.

In October 1995, nine months after the trial commenced, Simpson was acquitted of the charges. Goldman was devastated by the verdict. He respected the verdict, but still maintained the push to have justice for his son’s death. He decided to crusade for the victims of the families who suffered similar predicaments.

Goldman founded the nonprofit making organization Safe streets. He dedicated his life to helping families of murder victims in seeking criminal justice. In 1997, Goldman wrote the book His Name Is Ron: Our Search for Justice. In the book, Goldman narrates the journey of trying to get justice for his son in the US criminal justice system. He got advance of USD 450,000 for the publication of the book. After its release, Goldman reiterated the book was not for commercial gain. He was offering another view for the justice system to understand the case and the agony of the victim’s families.

As the court case unfolded, Goldman filed a civil suit against Simpson. In February 1997, Goldman was awarded USD 9 million for the wrongful murder for his son. Goldman insisted his conviction of Simpson’s guilt in his son’s murder.

He offered to return the millions back to Simpson on condition that he admits the guilt of murdering Ron. Simpson, on the other hand, maintained his innocence. In 2007, Goldman won a case barring Simpson in publishing a book titled If I Did It. Goldman won the rights to publish the book from Simpson. In the 2007 book titled If I Did It: Confessions of the Killer, Goldman serialized the events that criminalize Simpson as the killer of both Ron and Nicole.

In 2008, Goldman went to Nevada to follow the proceedings in a case against Simpson. Simpson was charged and convicted of armed robbery. Goldman expressed his satisfaction with the verdict of the case.

In maintaining his long conviction against Simpson, Goldman accused the defense lawyer Robert Kardashian tampering with the incriminating evidence. On June 11, 2014, Goldman said that the attorney took and hid the evidence from Simpson’s residence to scatter the circumstantial facts of the evidence. Kardashian never responded to the allegations.

In February 2016, the investigative series American Crime Story was launched. The show analyses the criminal evidence and circumstances surrounding the cases. The producers promised to bring on board the O. J. Simpson murder case with all the panelists involved.

Goldman married Sharon Sufo in January 1967. The two divorced in 1974. Goldman stayed with the children Ron and Kim. He remarried Joan In 1977. They divorced the following year. Goldman married his current wife Patti Glass on February 21, 1987.

He helped in the production of two films concerning the death of his son. The film His Name Is Ron, O. J.: Made in America was produced in 2016. In 2017, he produced another film IS O. J. Innocent? The Missing Link.

Frederic Goldman had a dramatic turn of life after his son’s death. He continues to world in his private businesses, while involved in the fight for justice. He partnered with several organizations in the push to have more openness in the proceedings of criminal cases.

He still maintains Ron and Nicole were killed by O. J. Simpson. He has followed Simpson since the murder trial to his jailing in Nevada. The world will witness over time whether Goldman will relent in his pursuit his quest for justice in the death of his son.