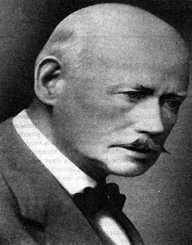 The creator of Meccano, Dinky Toys, and Hornby model railways Frank Hornby was born in Liverpool, England on the 15 May 1863 to John Hornby and Martha Tomlinson.

Frank Hornby disliked school and left at the age of sixteen to work for his father.

After leaving school, Frank Hornby was employed as a cashier in his father’s wholesale business. When his father died in 1899, he was hired by David Elliott in his meat-importing company, as a bookkeeper.

As a young father, Hornby became interested in making toys for his children and started experimenting in his garden shed. Using metal, he constructed lorries, cranes, and bridges. Hornby then had the idea of making the parts interlocking and identical, using spanners and a screwdriver to build various toys.  In 1901, Hornby borrowed a small amount of money from David Elliott and used it to patent his idea. Elliott joined him as a sleeping partner, and they set up a business in 1902 entitled Mechanics Made Easy. They marketed the sets for seven shillings. Each set contained instructions on how to make twelve different toys.

By 1906 the company was turning a profit.  In 1907 the Meccano trademark was registered, and the following year Meccano Ltd was established, and the company began exporting the Meccano sets internationally.  In 1920 the company started marketing the Hornby model train sets and in 1933 Dinky cars were added to their range of toys. All three varieties of toy sold worldwide and Hornby became a very wealthy man.

Frank Hornby married Clare Walker Godefroy on the 15 January 1887, and the couple had three children: Roland, Douglas, and Patricia. Hornby died on the 21 September 1936.

In the 1930s Frank Hornby became involved in politics and represented his electorate of Everton as a conservation member of parliament.