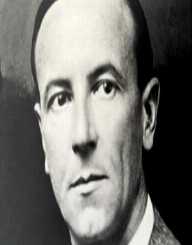 James Chadwick was an award-winning physicist from England. He was one of the collaborators in the Manhattan Project research on atomic bombs.

James Chadwick was born on October 20, 1891, in Bollington, Cheshire, England. His father John worked as a cotton spinner. His mother Anne Mary Chadwick was a domestic servant. He was the oldest of four children. When his parents had to move to Manchester, James Chadwick lived with his grandparents and went to school near them.

James Chadwick did so well at Bollington Cross Primary School; he earned a scholarship to Manchester Grammar School. However, he could not afford the additional fees, so he went to Manchester Central Boys' High School instead. He graduated in 1908. James Chadwick enrolled at the University of Manchester in 1908. His goal was to study mathematics, but he enrolled in physics instead. His success in the field was rewarded with the Heginbottom scholarship.

James Chadwick gained a mentor out of Professor Ernest Rutherford to challenged Chadwick with excellent results. He graduated in 1911 with honors and continued toward his master's degree. James Chadwick and Rutherford published a paper about their experiment comparing the amount of radioactive energy with two different sources. James Chadwick graduated with his Master of Science degree in 1913. He was awarded the scholarship to study beta radiation at the Physikalisch Technische Reichsanstalt at Charlottenburg, Germany.

While James Chadwick was studying in Germany, World War I broke out. Chadwick spent time in a POW camp in Ruhleben with other Allied-country citizens. He continued conducting his experiments with the available materials. James Chadwick returned to England in 1918. Upon his return, Chadwick was hired to teach part-time at the University of Manchester with the ability to continue his research. In 1919, he followed Professor Rutherford to the University of Cambridge. There he was presented with another scholarship to help him earn his Doctor of Philosophy in 1921.

As a doctor, James Chadwick was made a Fellow of Gonville and Caius College in Cambridge. He stayed there until 1935. In 1934, he was placed as the Assistant Director of Research at Cavendish Laboratory at Cambridge under Director Rutherford. Chadwick was elected a Fellow of the Royal Society in 1927. It was during Chadwick's time at Cavendish that he discovered the existence of the neutron. This discovery in 1932 was the key to atomic disintegration and, later, the atomic bomb. This finding earned him the Nobel Prize in Physics.

In 1935, James Chadwick was offered a position at the University of Liverpool which included the Lyon Jones Chair of Physics. He was instrumental in the updates to the university's infrastructure, even contributing some of his own reward money from his Nobel Prize. When World War II started in 1939, James Chadwick was approached by the Secretary of the Department of Scientific and Industrial Research regarding the creation of an atomic bomb. This was so new that he knew that it would be challenging, but not impossible. In 1940, Chadwick was assigned to the Military Application of Uranium Detonation Committee. It was their job to determine the fission of Uranium 235. They also determined that England alone could not produce the atomic bomb. However, the United States already had a project started in this matter. The addition of Chadwick to the Manhattan Project gave the group more confidence in the talent assembled on the task.

James Chadwick worked in the United States from 1943 to 1946 and participated in many of the meetings regarding the testing and implementation of the bomb in Japan. In 1948, James Chadwick was appointed the Master of Gonville and Caius College and stayed in that role for eleven years. He also worked part-time in the United Kingdom Atomic Energy Authority from 1957 to 1962.

James Chadwick died on July 24, 1974, in Cambridge, England at the age of 82. He will be remembered for his discoveries and contributions to the field of physics.

• Hughes Medal by the Royal Society, 1932
• Nobel Prize in Physics for the 1932 discovery of the neutron, 1935
• Knighted for his efforts to create the atomic bomb which helped end the war, 1945
• Copley Medal, 1950
• Franklin Medal of the Franklin Institute, 1951
• Order of the Companions of Honor, 1970
• Honorary doctorate degrees from multiple universities including Reading, Oxford, McGill, Edinburgh, and Leeds
• Honorary Fellow of the Institute of Physics
• Honorary Member of the American Philosophical Society
• Honorary Member of the American Physical Society