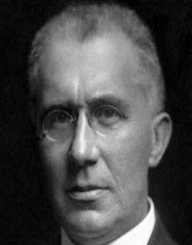 Emile Berliner was born in Hanover, Germany on 20 May 1851. His parents were Samuel and Sarah Berliner, and he was one of thirteen children. He did his early schooling in Hanover and was then sent to Wolfenbutte to complete his education. He graduated in 1865 at fourteen years of age. Initially, he worked doing menial jobs to help support the family; then in 1870, he immigrated to the United States. In New York, he worked as a cleanup man for Constantine Fahlberg and was exposed to laboratory experimentation. Fahlberg was the discoverer of saccharin.

After his arrival in the United States, Emile Berliner developed an interest in the new audio technology of the telephone and phonograph. This interest led to his inventing a telephone transmitter that was an improvement on those already in existence.  He started working on a transmitter using a loose metal contact; then he discovered that the device could function as a telephone receiver.

By 1866, Emile Berliner was working on the idea of sound recording. He called his first patent a gramophone (1887). He was also starting to think about a design for a helicopter.  Another project was a tile he designed to be used in auditoriums and concert halls for acoustic enhancement.

Apart from his work with sound technology and the invention of the gramophone, Emile Berliner was interested in aeronautics. He put his mind to designing an internal-combustion engine which in turn became a prototype for aircraft. In 1909, his helicopter lifted a couple of men off the ground.
Others copied his lightweight internal-combustion engine. In time, his son Henry used his father’s aeronautic expertise to design a helicopter which successfully stayed in the air in 1919.

Major successes included the invention of the gramophone and a lightweight combustion engine suitable for flying aircraft.

Besides his sound related projects, Emile Berliner was interested in other matters. He was also very aware of public health issues of the day including sanitation, clean water and the pasteurisation of milk.

Emile Berliner was musical. He composed music, and one of his songs became well known. The Columbian Anthem. This song debuted in 1897 at the National Council of the Daughters of the American Revolution. On another musical note, he became interested in why antique violins have a richer, more consistent sound than newer instruments. He investigated and reported that it was because the newly made violin did not vibrate properly. The fibers of wood took too long to adjust to the pressures transmitted by the strings.

In 1913 Emile Berliner was presented with the Elliot Cresson Medal by the Franklin Institute.

In 1881, Emile Berliner married Cora Adler. The same year as their marriage, he became an American citizen. The couple went on to have seven children. Their son Henry followed in his father’s footsteps and became a helicopter and aircraft pioneer.

Emile Berliner was involved with the Washington Tuberculosis Association. In 1909, he helped found the Starmount Tuberculosis Sanitarium in Maryland. He concerned himself with social issues such as health and hygiene, and also immersed himself in the Zionist cause.