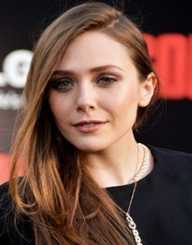 Elizabeth Greene was born on May 1, 2003. She is an American actress and social media personality. She is known for her role as Dawn Harper in the Nickelodeon series ‘Nicky, Ricky, Dicky, and Dawn.’ She has also starred in movies such as ‘Damaged Goods’ and ‘The Thundermans.’ She is also a mode. She has over one million followers on Instagram.

Elizabeth Greene was born on May 1, 2003, in Dallas, Texas. She is fourteen years old. She was born to loving and supportive parents. She has an older brother, Garret Greene. She attended the Fun House Theatre and Film School in Texas. She took up theatre while in school. In 2013, she attended the John D Aquino’s Young Actor’s Intensive Workshop where she was discovered by a talent manager from Los Angeles.

Elizabeth Greene's career started when she was selected for the role of Dawn Harper in the Nickelodeon series ‘Nicky, Ricky, Dicky, and Dawn.’ She was interested in acting from a young age that when she got the part, she was so excited. Apart from the Nickelodeon series, she has worked in several theatrical productions. She continues to be very active in theatre. She is a model and loves practicing gymnastics as well.

Elizabeth Greene loves posting photos of her in fancy outfits and her fashion galore on Instagram where she has more than one million followers. She also loves uploading make up tutorials on YouTube. She takes the ‘Nicky, Ricky, Dicky and Dawn’ crew as her own family because she has grown fond of them. Her role in the Nickelodeon series has been and continued to be a learning experience for her as she develops her acting career even more. She still lives in Dallas, Texas but travels to Los Angeles for her work.

Elizabeth Greene is a very talented actress at a very young age. She has always been a tomboy but her role on the Nickelodeon series has seen her portray her girly side. She is determined, hardworking and optimistic. She is also always ready to try out something that is out of her comfort zone. She learns from other actors as well. She is appreciative as she always appreciated the hard work that the cast in the series put in what they do. She is poised and mature hence can adapt into any character thrown to her.

Elizabeth Greene also loves singing and listening to music. She has a full circle of friends with whom she enjoys spending time with. She also loves travelling where she meets new people and see new places. She is an activist when it comes to animal cruelty because she loves pets.

Elizabeth Greene was born and raised in Texas. She has loving, caring and supportive parents. She is hard working and believes in achieving greatness through commitment. She has a German shepherd named Jeff. She loves her pet so much.