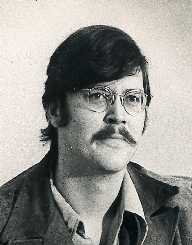 Edmund Kemper is an American serial killer who murdered ten people and is currently serving a life sentence.

Edmund Emil Kemper III was born on December 18, 1948, in the city of Burbank, California. His parents’ names were Clarnell and Edmund. He has two sisters. His father served in World War II. He also tested nuclear weapons. After that, he worked as an electrician.

Kemper’s parents split up in 1957. He moved to Helena, Montana, with his mother. He had a horrible relationship with her. She was an abusive alcoholic who often humiliated him. She regularly made him sleep in the basement.

Edmund Kemper was often cruel to animals. He killed several of his pet cats. He also had a dark imagination. He liked to play games where he pretended he was dying. He fantasized about killing his teacher.

Edmund Kemper and his grandmother had a big argument on August 27, 1964. He went to the kitchen, and he shot her several times with his hunting rifle. His grandfather soon came home. He shot him as well so that he didn’t find out about his wife’s murder. Kemper then called his mother and told her what he did. She told him to call the police. He listened to her, and he turned himself in.

The court concluded that Kemper had schizophrenia. He was sent to Atascadero State Hospital, a prison for the mentally ill. The psychiatrists there stated that he was very calm and brilliant.

The tests showed that he had an IQ of 145. He was cooperative and a hard worker. He even helped the hospital develop some psychiatric tests.

Edmund Kemper was released on parole when he was 21. He went to live with his mother who had remarried. He enrolled at community college. He hoped to become a policeman, but he was too tall for the job. He worked several jobs. His relationship with his mother worsened, so he moved in with a friend.

Edmund Kemper noticed that many young women in the area were hitchhiking. He began to pick them up. At first, he let them all go free. After that, his killing spree began. He picked up the hitchhikers, and he shot, stabbed, or strangled them. He removed their heads and hands. Then, he performed sexual acts on their corpses.

He killed his first victims in May 1972. They were Fresno State students called Anita Luchessa and Mary Ann Pesce. In September, he killed a 15-year-old student called Aiko Koo. In January 1973, he killed the Cabrillo College student Cindy Schall. The next month, he killed two UCSC students called Allison Liu and Rosalind Thorpe.

On April 20, Edmund Kemper entered his mother’s bedroom and killed her in her sleep. He chopped up her body, and he spread it around the house. Then, he invited his mother’s friend over for dinner. When she arrived, he killed her as well. He then left home and drove out of California. When he reached Colorado, he called the police and turned himself in.

In May, Edmund Kemper was indicted on first-degree murder. The trial lasted a few months. In November, he was declared guilty. He asked for the death penalty himself. But, at that time, the death punishment was not allowed in California. Instead, he was sentenced to eight life sentences.

Kemper was incarcerated in the California Medical Facility. He is still there to this day. He has been a well-behaved prisoner, scheduling appointments with psychiatrists and narrating books for the blind.

He has appeared in some interviews, to help the authorities get inside the minds of serial killers. He was eligible for parole many times, but he has been denied either by the court, or himself. He believes that it’s better for him to stay in prison.

Edmund Kemper has served as an inspiration for many films, books, and songs.