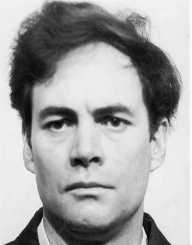 Donald Neilson was Britain’s most wanted criminal after a series of robberies and murders in the 1960s and 70s.

Donald Neilson was born as Donald Nappey on August 1, 1936, in Bradford England. He lost his mother in 1946. Left alone with relatives, he turned to petty crimes to vent his frustrations in life. At the age of 12, he was arrested for breaking into a shop. The police reprimanded him and let him free. He joined the military and served in Africa and Asia.

He married Irene Tate in April 1955 when he was 18 years. Tate was two years his senior. Neilson enjoyed military life. Nonetheless, his wife convinced him to leave the military and seek another employment opportunity. He left the army as a serviceman. His first daughter came in 1960. In 1964, he officially changed his surname from Nappey to Neilson through a legal deed. He never wanted his daughter to face the bullying and name calling he experienced in his childhood. His peers in school and in the army constantly called him Nappy, the disposable undergarment used by toddlers.

Upon leaving the army, Neilson started a construction materials store. He doubled the trade with a taxi venture in 1965. Soon, the business ran into unstable financial times. He started raiding homes with drill bits. He drilled holes into locks and broke into houses. He manages to raid several houses without much loot.

He graduated into robbing post offices. Though they did not carry much money, they would give him a constant supply of income. In 1967, he raided his first post office in Nottingham. For the next seven years, Neilson kept on moving from one location to another using his military experience to his advantage.

Neilson raided the post office in Heywood on February 16, 1972. The owner of the premise, Leslie Richardson woke up and met the robber. Neilson drew out his gun and pointed to the ceiling. He informed the owner in a broken Caribbean accent that the gun was loaded. Sensing that it may be a false threat, Richardson accosted his assailant. He managed to have a look of Neilson’s face. In the struggle, two shots fired from the gun hit the ceiling and Neilson ran away. Richardson’s description to the police never matched Neilson.

He raided post offices with little monetary success until 1974. In 1974, he raided a post office in Harrogate in North Yorkshire. He broke into the premise and tied the owner’s son. He went into the bedroom and found the owner Donald Skepper in bed. When Skepper tried to accost the robber, Neilson fired at him and killed him. He ran away without taking anything. Skeeper’s wife gave a perfect description of the assailant to the police. She noted that the burglar dressed in black and was as quick as a panther. The media coded Neilson as the Black Panther burglar.

Neilson struck two other post offices within six months. In the first raid, he killed the owner of the post office in Accrington in Lancashire. In the second one, Neilson killed the owner and critically injured the wife. He managed to escape with GBP 800. The police launched a massive manhunt for the Black Panther. The police put together similar burglary methods, identical attire, and ammunition. They concluded that they were dealing with a serial burglar.

In 1972, Neilson read about a young girl named Lesley Whittle who inherited GBP 82,500 from her dead father. On January 14, 1975, Neilson drove to the Whittle residence in Shropshire. Using his perfected tactics, he stealthily broke into the girl’s bedroom. He took her away leaving a ransom note to the family. Neilson demanded GBP 50,000 from the family with a threat to the victim’s life in case of police involvement.

The following morning her mother found the note. Lesley’s elder brother called the police who advised the family to do what the kidnapper wanted. Neilson took his victim to a hideout in Bathpool Park. The kidnapping report leaked to the media who broadcasted it. The ransom payment plan by the police was aborted. Neilson raided a depot and killed the guard who tried to engage him. He hurriedly left his stolen car at a distance from the guard’s body. When the police noticed the car, they found valuable information about Neilson.

Neilson called the Whittle family on how to deliver the money. Lesley’s brother got lost in the park sending Neilson into a panic. By the time he arrived at the agreed place, Neilson had gone. The police mounted a search in Bathpool Park basing on the information they got from the stolen car. Lesley’s naked and decomposing body was found. The police faced condemnation on how they carried out the entire operation.

On December 11, 1975, two patrolling officers noticed a man in a black suit near a post office. When accosted, Neilson drew a gun and hijacked the police car. Along the way, the police managed to overpower him. He was arraigned in court on charges of burglary, kidnapping, and murder. On July 1, 1975, Neilson was sentenced to four life sentences for the four murders he committed.