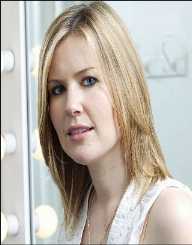 Her mother Claire was a homemaker besides being a good poet. She hailed from French descent. Dido has an elder brother, Rowland Constantine O'Malley Armstrong, who is better known as Rollo. She grew up in a house where literature and music was an integral part of her family’s day-to-day life.

Dido was enrolled at the Guildhall School of Music and Drama in London by her parents after they realized her love and passion for music when at the age of five she purloined a recorder from her school.

Dido mastered the art of playing violin, piano, and recorder by the time she attained her teens. She studied law for a while at Birkbeck, University of London while working simultaneously as a literary agent for a publishing house. However, she didn’t complete her study and instead started pursuing a full-time career in music.

Dido learned to play the guitar and joined her brother’s band ‘Faithless’. Her brother Rollo used the services of Dido as the backup vocalist in their debut album ‘Reverence’, which was released in 1996.

Dido released her first album ‘No Angel’ in 1999. Her brother Rollo was the producer of the album. The first official single of the album ‘Here with Me’ was used in the United States as a theme song in the television program ‘Roswell’.

The single also reached the U.K. No. 4 hit chart. ‘No Angel’ eventually registered a very impressive sales figure of over 21 million copies all over the world becoming the top-selling album worldwide by 2001. It also topped the UK albums chart many times throughout the year 2001. Another single ‘Thank You’ recorded and released in collaboration with American rapper Eminem reached the Top 5 of Billboard’s pop and adult contemporary charts.

In 2003, Dido released her second album ‘Life for Rent’ preceded by the release of ‘White Flag’ a No. 2 adult contemporary single. The album recorded a whopping sale of 1,52,000 copies on the very first day of its release and registered a massive sales figure of over 4,00,000 copies in the first week.

The further three singles, ‘Sand in My Shoes’, ‘Life for Rent’ and ‘Don't Leave Home’ were featured in the album making it the 4th biggest selling album of the 21st century in the United Kingdom. Dido embarked upon a worldwide promotional tour of the album shortly afterward. In 2005, a DVD titled ‘Live at Brixton Academy’ was released containing the exciting footage of the tour.

The fully sold-out world tour was a grand success. Following the tour, Dido was invited to perform at three of the Live eight concerts. Starting from July 2, 2005, she began her Live eight concert performances first at London, next at the Eden Project in Cornwall and finally at Paris, where she performed both solos as well as a duet with Youssou N'Dour.

Dido’s first two albums were a mixture of pop music intended to cater to the adult population and highly strung electronic gadgets with a creepy atmospheric texture. Her third album ‘Safe Trip Home’ got released in November 2008.

Deviating from her earlier style, she brought about some discernible changes in the texture and sound of its music, leaning towards a more auditory and phonic appeal. In October 2008, the first single of the album, ‘Don't Believe in Love’ was released and a track titled ‘Look No Further’ was put up on her official website for a limited period offer of the free download.

The album failed to replicate the success of her earlier two albums. As a result, Dido decided against embarking on a tour in support of the album. However, ‘Safe Trip Home’ was nominated for a Grammy Award in the category ‘Best Engineered Album, Non-Classical’.

Dido used one of her single ‘Everything to Lose’ on the soundtrack of the film ‘Sex and the City 2’. She eventually released the single in September 2010. One of her song ‘If I Rise’ made with collaboration of its producer A.R. Rahman written for ‘127 Hours’, an enigmatic film directed by Danny Boyle, was released by her in January 2011.

Dido released an album in November 2013 titled ‘Greatest Hits’, a compilation of her earlier hit songs. As on date, Dido has signed a contract with BMG to produce her fifth studio album which is due to be released in early 2019.

Dido had a seven-year relationship with her boyfriend entertainment lawyer Bob Page. They broke up sometime after the release of her first album and the conclusion of her promotional tour. She married Rohan Gavin in 2010. Together they have a son, Stanley, born in July 2011.