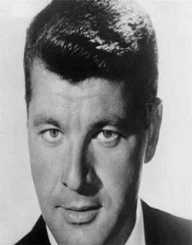 Richard Shulefand was born in the city of Buffalo, New York, on December 1, 1923. He was raised in the city of Lackawanna. He served in the U. S. Army during World War II. After that, he enrolled at the University of Miami, but he soon dropped out.

After university, he decided to try for a career in comedy. He changed his name from Richard Shulefand to Dick Shawn. He moved to New York City, and he competed in the television show Arthur Godfrey’s Talent Scouts. In 1948, he had his Broadway debut in the comedy, For Heaven’s Sake Mother. He soon started performing in Las Vegas, working with the famous actresses Zsa Zsa Gabor and Marlene Dietrich.

In 1963, Dick Shawn appeared on the big screen, starring in the comedy. It’s a Mad, Mad, Mad, Mad World. The film told the story of different groups of people racing each other with their cars to steal a pile of money. Shawn played a lifeguard called Sylvester Marcus. This was one of his most successful roles, given that the film achieved quite a success at the box office.

Shawn then returned to Broadway. He starred in the comedies A Funny Thing Happened on the Way to the Forum, Fade In Fade Out, and Peterpat. In 1966, he starred in the war comedy What Did You Do in the War, Daddy, and the science fiction comedy Way, Way Out.

Dick Shawn starred in the 1968 satirical comedy The Producers. It was also one of his best-known roles. He played the character of a hippie actor called Lorenzo St. DuBois, who got a stage role as Hitler.

Overall, Shawn had small roles in more than thirty films. He also starred in several television shows. He appeared in The Ed Sullivan Show, sitcoms such as Three’s Company, and dramas such as Magnum P. I. and St. Elsewhere. In 1971, he was a guest host on The Tonight Show Starring Johnny Carson. His last two films were Maid to Order and Rented Lips.

In the 1970s, Dick Shawn started his one-man show called The Second Greatest Entertainer in the Whole Wide World. It contained a mixture of singing, sketches, and unusual observations. He toured, presenting his act all around the United States. He won a Drama Desk Award for Unique Theatrical Experience and an L. A. Drama Critics Award.

On April 17, 1987, Dick Shawn performed his show at the University of California at San Diego. He collapsed on the stage, and the audience initially assumed it was a part of his act. Still, they soon called an ambulance. He was brought to the hospital, and he was declared dead from a heart attack. He was buried at a Jewish cemetery in Culver City, California.

Shawn married a woman named Rita Bachner in 1946. He remained with her until the rest of his life. They had daughters Amy, Wendy, and Jennifer, and son Adam.