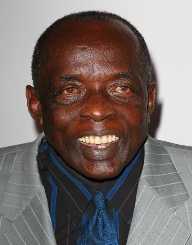 David "Deacon" Jones was born on December 9th, in 1938. He was a famous defensive American football player. He earned recognition after playing for the Los Angeles Rams, the Washington Redskins and San Diego Chargers. Later, in 1980, after making a name for himself through his thriving career, he was listed in the Pro Football Hall of Fame.

David "Deacon" Jones was born on December 9th, in 1938. His place of birth was in Eatonville, Florida. He was born into a family of ten children.

David "Deacon" Jones began his college football career by first playing for South Carolina State University. In 1959, he did not participate in any major college competitions. However, the following year, he went to Mississippi Vocational College where he played for a short period.

In the 1961 NFL Draft, David "Deacon" Jones was fortunate enough to be drafted. The Los Angeles Rams had selected him to play for them. As a defensive line player, he went ahead to earn recognition for being one of the Fearsome Foursome. This was a name given to the Rams defensive line.

Due to his exceptional talent on the field, Jones bagged home the All-Pro Honors award for five years in a row. Similarly, he later participated in seven consecutive Pro Bowls beginning in 1964 to 1970.

Besides winning fans on the pitch, David "Deacon" Jones also won the love of many through his role as a television actor. In most cases, he featured in cameo roles. He made appearances in shows such as The Odd Couple, The Brady Bunch, and Bewitched.

Jones also went from company to company offering his services. Some of the companies that he was associated with include Haggar Clothing, Miller Brewing Company, Epson America among others.