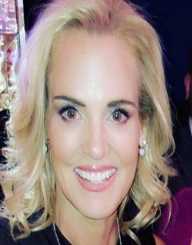 American swimmer Dara Torres was born on the 15 April 1967 to Marylu Kauder and Edward Torres in Los Angeles, California. Her father was the owner of a casino and a property developer who was born in Cuba. Torres was raised in Beverley Hills and was one of six children.

Dara Torres became interested in swimming at a young age when she was taken to swimming lessons at the local YMCA. She later joined a swimming club and by age 14, had won her first national championship.

Dara Torres was a pupil at Harvard-Westlake School. She was part of the school’s swim squad which was coached by Darlene Bible. In addition to swimming, Torres participated in volleyball, gymnastics, and basketball. Her schooling was interrupted in 1983-1984 when she did training in Mission Viejo, California under Olympic coach Mark Schubert.

She returned to high school after the 1984 Summer Olympics and graduated in 1985. Torres then went to the University of Florida on an athletic scholarship. She was a member of the Florida Gators swimming team and was coached by Randy Reese (1986-1989). In 1990, she graduated with a BA in Telecommunications.

During her college years, she won 28 All-American swimming honours. She was also named SEC Athlete of Year (1988) and SEC Female Swimmer of the Year (1987 & 1989). She was inducted into the University of Florida’s Athletic Hall of Fame in 1999. And in November 2013, she received the 2014 NCAA Silver Anniversary Award.

Dara Torres has worked in the media on various networks including Fox News Channel and NBC. As an author, Torres has published Age is Just a Number, co-authored with Elizabeth Weil and Gold Medal Fitness: A Revolutionary 5-Week Program co-authored with Billie Fitzpatrick.

Dara Torres has been a member of  International Jewish Sports Hall of Fame since 2005.

Dara Torres married Jeff Gowen in 1992, and they divorced in 1995. Her second husband was Itzhak Shasha. She converted to Judaism at the time of the marriage. They divorced in 2004. She then entered into a relationship with David Hoffman, and they had a daughter Tessa Grace (b.2006).

As a celebrity swimmer for Swim Across America Dara Torres does charitable work to raise money for cancer research.