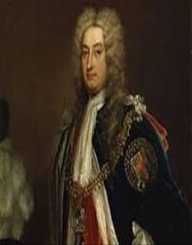 Charles Townshend was an English official during the 18th century who served as the secretary of state. In his later years, he came to be known as "Turnip Townshend" for his efforts and enthusiasm towards agricultural propagation. He died at the age of 63 in Norfolk, England on June 21, 1738.

Born on April 18, 1675, as the 2nd Viscount Townshend of Raynham in Norfolk, England to Sir Horatio Townshend, the 3rd Baronet. He succeeded the title when he was 12 years old in 1687 and took his formal education at Eton College and King's College located in Cambridge.

Partly involved in diplomacy due to his lineage, he officially joined the world of politics when he took a position in the House of Lords. Originally having a Tory mindset, he soon changed his mind and shifted his views and took a stand as a member of the Whig.

Townshend was elected in April 1706 as part of the Fellow of the Royal Society. In November 1708, he was named as the Yeomen of the Guards' Captain. A year later in 1709, he served to the States-General as the plenipotentiary and ambassador extraordinary and was involved in the proceedings of the Treaty of Utrecht.  He retired from the world of politics on May 15, 1730.

After his political ventures, Townshend turned his attention to farming and land management which he enthusiastically did until his later life. With a newfound passion for agriculture, he urged the people to adopt the Norfolk four-course system. This system required the rotation of wheat crops, turnips, clover, and barley. He became widely known for his passion for using turnips as a field crop used to feed livestock, therefore earning the nickname "Turnip Townshend". His dedication to farming has made him a key figure in the Agricultural Revolution of England that eventually led to the nation's population increase from 1700 to 1850.

Townshend was married to two women in his life. His first marriage was to Elizabeth Pelham. They tied the knot in 1681 and had 5 children together namely Elizabeth, Charles, Thomas, William, and Roger. They ended their marriage in 1711 after spending 30 years together. He was married a second time to a Dorothy Walpole in 1686 and remained together for 40 years but ended up in a divorce in 1726. He had 7 children with Walpole namely George, Augustus, Horatio, Edward, Richard, Dorothy, and Mary.