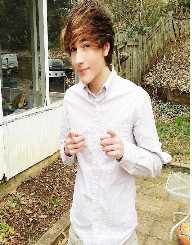 Daniel Joseph Edge was born on December 28, 1997, in Annapolis, Maryland, USA. He prefers to go by the nickname Danny. He also has two sisters and four brothers.

Danny Edge has always loved music and comedy. He started to play music when he was still a toddler. Some of the instruments he knows how to play include the guitar, ukulele, and piano. He has been making people laugh for as long as he can remember, and it is almost a certainty that his love of both music and comedy will last time a lifetime. At least, that’s what his many social media profiles seem to suggest.

Danny Edge first started out his career as an internet sensation when he made a Vine account. Vine is a video app in which people who use Vine (Viners) can post videos of themselves doing practically whatever they want, so long as their video is only six seconds long. This may not seem like a lot of time when compared to most other types of video-sharing social media sites. However, those who have mastered Vine, like Danny Edge, have found a way to make wonderful videos in this short amount of time. Danny likes to post videos of himself performing music or doing hilarious activities on this app.

Danny Edge set up his first YouTube channel in 2012, but he didn’t start his most famous YouTube Channel, Exclamation Point, until 2014. Unlike some other YouTube sensations, he doesn't work alone. He shares his Exclamation Point channel with one of his good friends, Paul Zimmer. Together, they post all types of hilarious videos and video blogs.

Danny Edge works with Paul Zimmer on most of this videos, and he also works with other YouTubers when he needs a guest spot on his channel to be filled or if one of his friends needs his help on one of their channels. Some of the other YouTubers he has worked with include Crawford Collins, Dylan Dauzat, and Johnnie Guilbert. Currently, the Exclamation Point channel has almost 200,000 subscribers.

Along with Vine and YouTube, Danny Edge also has accounts on sites like Instagram, a picture sharing site; Twitter, a site to share small bursts of thoughts; and Snapchat, an app used to send pictures or videos that can last up to ten seconds long. He also has a Facebook fan based page, in which he can speak to fans, share videos and pictures, and comment on things fans post on the page. He also likely has a private Facebook page just for friends and family members.