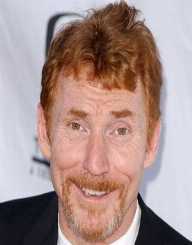 Danny Bonaduce born on 13th August 1959 is a uniquely gifted personality in America for various roles. These include radio and television presenter, hilarious comedian professional wrestler and an actor. The much-decorated Bonaduce started acting while in his childhood. He was a co-star in the TV sitcom “The Partridge Family” alongside the renowned Shirley Jones in 1970. Additionally, Bonaduce was a guitarist for a local pop band. In 2005 he played a lead role in the  VHI TV reality show “Breaking Bonaduce” He has been a radio presenter in various radio stations. He currently hosts the music talk show on KZOK radio station in Seattle.

Danny Bonaduce born in Broomall Pennsylvania wrote about his volatile, violent childhood in an autobiography. He wrote that he had a depressingly average childhood where his father, the legendary actor Joseph Bonaduce molested him. He also says his mother offensively and defensively stood up for him, but her efforts were fruitless.

In 1969 Danny Bonaduce made few appearances as a jungle boy in the “Going Ape” series. In 1970 he played the lead role in the TV series “The Partridge Family” as the first-born child in a musical family where he played the guitar to entertain his younger siblings. In 1973 Bonaduce starred in the film “Corvette Summer” alongside Mark Hamil where they desperately went in search of the rarest treasure. Despite attracting so much attention in the filming industry, he withdrew from acting.

However, Danny Bonaduce made occasional appearances in several films between the year 1994 and 1999. In 1994 he appeared in an episode of the “married with children” series followed by a single appearance on the horror series “Space Ghost Coast to Coast” which he obscured its airing. He was in the seventh season of the Studio Universal series “Criminal Scene Investigation.” In 1999 he appeared in the Christmas series “Sabrina, the Teenage Witch” as a genuinely fascinating comedian.

Danny Bonaduce radio presenter personality started in the late 1980s where he hosted a late-night talk on the WEGX radio station. Reports indicate that the TV show “Danny” which he hosted from 1995 – 1996 saw him rise to stardom.

In 1996- 1998 he hosted a morning show on the WKQI -FM alongside the award-winning comedian John Heffron. In 2001-2003 his co-hosted the daytime reality show “The Other Half”.... which complemented the relationships show “The View.” In 2005 he hosted his reality show Breaking Bonaduce which was highly inspired by his addiction.

Later in 2007, Danny Bonaduce hosted the VHI reality show “I know my kids are a star” aimed at promoting young artists. In 2008 he organised his show Broadcasting Bonaduce on a local radio station KNSK which ended in 2009. In November 2011 he began co-hosting the KZOK morning drive show which is aired daily at 9:45 am

In 2002, Danny Bonaduce wrote a book entitled “Random Acts of Badness” which covers his story. He wrote about his stardom as a child, his downward spiral into drug addiction, his recovery into an amazingly well-adjusted adult with strength and integrity. Unlike other celebrity’s biography, Bonaduce takes full responsibility for his skid row and back drug pattern and law scraps.

In 2003 Danny Bonaduce was awarded the “Former Child Star Lifetime Achievement Award” by the Young Artist Foundation which aims at nurturing upcoming artists. In 2009 he received an E Entertainment Award for the comedy show “The Soup.”

In 1985, Danny Bonaduce married his first wife Setsuko Hattori whom they divorced some years later. Bonaduce battled with crack drug addiction which culminated in his arrest for allegedly assaulting a prostitute during drug transactions. He was homeless at some point and spent several nights in his car. Evidently, the unwanted attention from the media during his addiction and rehab episodes contributed to his suicidal attempts.

His redemption came at a pivotal time when he met Gretchen whom he married on their first date and his new career as a disc jockey which came to the lot sooner. They bore two children before their divorce sixteen years later. The separation was said to have been inevitable as the two had huge differences. He married his current wife Amy Rails bug on 22nd November 2010.