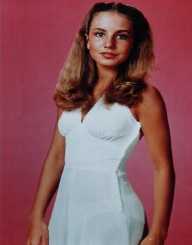 Dana Plato is born Dana Michelle Strain was an American actress who became addicted to drugs and died of it. Born on November 7, 1964, she was known for her role as Kimberly Drummond in the television sitcom Diff’rent Strokes. She played the role from 1978 to 1986.

After Diff’rent Stroke, Dana Plato unsuccessful tried to get other big roles to establish herself as an actress. At a point, she had a breast implant to work as a model but to no avail. Dana Plato played some roles in B-Movies and made-for-TV movies and had some voice-over work. Short of cash, she started picking up odd jobs while battling with substance abuse. She died of an overdose of Lortab and Soma.

Dana Plato was born on November 7, 1964, in Maywood, California, a teenage mother, Linda Strain. She was given out on adoption to Dana Michelle Plato and his wife Florine “Kay” Plato in June 1965 when she was seven months old. Dean owned a trucking company.

Dana Plato grew up in San Fernando Valley. Her adoptive parents divorced when she was three years, and she remained with her mother. With her strong passion for acting, she is starting attending auditions with her mother. At age seven, Dana Plato started appearing in television commercials for several companies including Kentucky Fried Chicken, Atlantic Richfield, and Dole.

Dana Plato made an acting debut in the horror film Return to Boggy Creek, 1977 at age 13. She also appeared in films like Exorcist II: The Heretic, 1977 and California Suite in 1978. Aside from acting, she was a prolific skater and once trained for an Olympic team spot in the U.S. skate team.

Dana Plato also had a brief role in the television show The Gong Show. It was during this time when she met a producer who would later help her gain the role of Kimberly Drummond in the sitcom Diff’rent Strokes.

Dana Plato rose to fame with her role as Kimberly Drummond in the NBC sitcom Diff’rent Strokes in 1978. Plato played the role of a teenage daughter of Philip Drummond played by Conrad Bain, a wealthy white widower. Her father also adopted two black boys Willis (by Todd Bridges) and Arnold (by Gary Coleman) after the death of their parents. She played the role from 1978 to 1986.

Dana Michelle Plato's career after Diff’rentwas on and off and characterized by struggles. She attempted several times to become an established actress but was unsuccessful. Frustrated but at the same time eager to achieve, Dana Plato went into modeling after having a breast implant.

She then modeled for a June 1989 edition of Playboy, but just like acting, she struggled to have a deal. Dana Plato played roles in B-movies includingBikini Beach Race (1989) and Lethal Cowboy (1992).

After the death of her mother in 1988, Dana Plato became even more frustrated and signed a power of attorney an accounted who later bolted with almost all her money. Dana Plato later picked up odd jobs like dry cleaning. During the latter part of her acting, she appeared in erotics and soft-porn film including Prime Suspect, Compelling Evidence, and Different Strokes: The Story of Jack and Jill and Jill.

Drug Addiction And Problems With Law

Dana Plato’s fame came with a negative habit, alcohol, and drug abuse. She battled drug addictions and admitted her use of cannabis, cocaine, and alcohol. At just 14 years, she suffered a diazepam overdose. Out of frustration, poverty, and employment, addict Plato entered a video store for a robbery expedition on February 28, 1991. She pulled out a pellet gun demanding money from the cash register.

Unfortunately, Dana Plato was easily identified as by the clerk due to her role inDiff'rent Strokes. She was arrested later. Luckily, Wayne Newtown posted her a $13,000 bail bill, and she was, therefore, given five-year probation. She was arrested again in 1992 for falsifying a prescription for Diazepam. She was sentenced to 30 days in prison for violating her probation. She was also introduced to a rehabilitation problem.

Dana Plato married the rock guitarist Lanny Lambert on April 24, 1984. The couple had a son Tyler Edward Lambert. The couple separated in January 1988, and Dana Michelle Plato lost her the same month. They finally divorced in 1990 and lost custody of her son. She dated and later engaged with Fred Potts, but the relationship ended within a short time. Plato also engaged her manager Robert Menchaca.

She died on May 8, 1999, of an overdose of muscle-relaxant Soma and the painkiller Lortab. Dana Plato was returning to California from a trip with her friend Menchaca. The two stopped at Moore, Oklahoma to visit Menchaca's mother.  Dana Plato decided to relax in her Winnebago motor home, and that was where she died. The incident was ruled as suicide. A day before her death, she was on The Howard Stern Show, where she discussed her life and struggles.