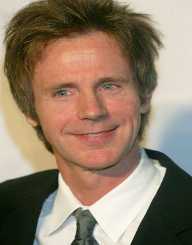 Dana Thomas Carvey, American actor, and stand-up comedian was born on June 2, 1955, in Missoula, Montana. His father Bud was a high-school business teacher, but his mother a schoolteacher. He has a brother, Brad Carvey - engineer and designer of the Video Toaster. When Carvey was three years old, the family moved to San Carlos, California. He attended the Carlmont High School and later College of San Mateo. Carvey has a Bachelor’s degree in broadcast communications from San Francisco State University.

In 1982, Dana Carvey started his career by co-starring in a small role in Halloween II and the TV show One of the Boys. He appeared in several small roles. Carvey’s big break came in 1986 when he co-starred in the movie Tough Guys.

In 1986, Carvey joined the cast of NBC’s Saturday Night Live. He was a part of the team, which brought SNL from a decline to a must-see show. His breakout character was The Church Lady - the host of the Church Chat. He based the figure on the women he knew from childhood in the church.

His next characters included Garth Algar - a character based on his brother, and The Grumpy Old Man. His impersonation of George W. Bush was so excellent that he later became the lead actor in political sketches. In 1992, Carvey joined Wayne’s World and Wayne’s World 2 with Mike Myers. For his work on SNL Carvey has received one Emmy Award and has been nominated for six more.

In 1993, it was planned that Dana Carvey would take over David Letterman’s Late Night with David Letterman, but the spot eventually went to Conan O’Brien. Carvey moved on to another film project, Clean Slate. In 1995, he filmed his first HBO comedy show Critic’s Choice. In 1996 he started The Dana Carvey Show on ABC, which is famous for launching the career of Steve Carell and Stephen Colbert.

In 2002, Carvey starred in the spy comedy The Master of Disguise, which gained around $40 million in U.S. box office. The movie received a lot of bad critiques, and the Comedian Michael J. Nelson named it the 3rd worst comedy ever made. Carvey ultimately came back to comedy movies in 2011’s Jack and Jill.

Dana Carvey gave up on many projects because he wanted to focus on his family. He eventually decided to focus on his career and announced that he prefers to be a stand-up comedian rather than an actor. He regularly performs in various corporate events and also made an appearance in 2008’s MTV Movie Awards as Garth Algar from SNL. The same year he also filmed an HBO special Squatting Monkeys Tell No Lies.

In 2010, Carvey and comedian Spike Feresten created the sketch comedy Spoof. The show never aired, but it is available on YouTube. In 2016, Carvey recorded two performances at the Wilbur Theatre in Boston, for a Netflix special. His two sons Tom and Dex opened the show for him.

In 1979, Dana Carvey was performing in San Francisco, when he met his future wife, Paula Zwagerman. The couple was engaged the following year and married in 1993. They have two sons.

In 1997 he had problems with his heart. Carvey had to undergo bypass surgery. The blocked coronary artery was buried deep in the muscle, and the surgeon bypassed another artery. Dana Carvey later suffered from chest pain and sued for malpractice. He was awarded $8 million, which he donated to charity. While Carvey was in the hospital, recovering from his surgery, Frank Sinatra died in the room next to his.