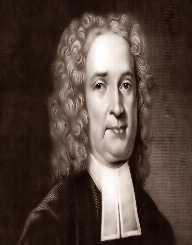 Cotton Mather was born on February 12, 1663. He was a church minister. He supported the old order of the clergy. He was also an author. He firmly believed in mysticism. He wrote more than four hundred books and pamphlets.

Cotton Mather was born on February 12, 1663, in Massachusetts, Boston. He was born to Maria and Increase Mather. He attended Boston Latin School. In 1678, he graduated from Harvard University. In 1685, he was ordained and became an assistant pastor of North Church. In 1660, he became a fellow of the Harvard College.

Cotton Mather supported secular and spiritual occurrences in New England. In 1688, he played a significant role in the revolt that was led against Sir. Edmond Andros who was the Governor of James II. He also played a major role in the establishment of Yale College. In 1710, he received a doctorate of divinity from the University of Glasgow, Scotland. Three years later he became a member of the Royal Society of London.  He was also involved in the efforts to prevent the smallpox disease as he gained knowledge about the process of vaccination as a means to treat the disease.

Cotton Mather ensured that the community was well informed about inoculation. He was also influential in creating the foundation of the Salem witch trials and the courts for the trials.  He wrote a number of books that delved into the subjects like religion, modern science, philosophy, sermons, and poetry. Some of his works include ‘Wonders of the Invisible World,’ ‘The Negro Christianized’ and ‘The Christian Philosophers’ among others.

In 1686, Cotton Mather married his first wife, Abigail Phillips with whom he had nine children. His wife later died, and in 1715 he married Lydia George who was his last wife. Before Lydia, he had married another wife. He died on February 13, 1728, when he was sixty five years old. His remains were buried on Copp’s Hill.