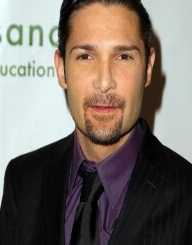 Corey Feldman was born on July 16th, 1971 in Los Angeles, California. His early career was characterized by a series of commercials that made him famous. Feldman began working on commercials at the tender age of three. While he was still young, he appeared in over 100 commercials and several TV shows. During his teen years, he also landed a role in The Lost Boys-1987, which also earned him recognition as a teen idol. Regardless of his success, there were some personal challenges including drug addiction problems that he had to deal with.

Corey Feldman was born on July 16th, 1971. His father, Bob Feldman was a professional musician. Sheila Feldman, his mother was a cocktail waitress. Feldman is the second born in the family of five. Mindy is Feldman’s older sister and that she is a Mickey Mouse Club member. At the age of three, Feldman did his first commercial. This commercial featured McDonald’s products.

The first commercial that he did was an icebreaker in his career as he went on to appear in over 100 other commercials while he was still young. In addition to this, he also featured in 50 TV shows. Some of these shows include The Bad News Bears; Eight is Enough, Mork & Mindy, Cheers and One Day at a Time.

Soon Corey Feldman began acting and made his first appearances in movies such as The Fox and the Hound and Time After Time. The NBC’s musical comedy, How to Eat Like a Child came in 1981 where Feldman was also featured alongside Georg Olden and Billy Jacoby.

The coming years were a major success in his career as Feldman featured in up to seven movies that were highly acclaimed. First, Friday the 13th: The Final Chapter was released in 1984. The same year Gremlins was released before starring in The Goonies-1985. A year later, in 1986, he also featured in a drama film, Stand by Me.

In the midst of all the success that surrounded Corey Feldman, deep inside he was suffering. Corey Feldman later claimed that his parents physically abused him. The effect of this was that he was legally unbound from his parents when he was only 15 years old. In fact, his drinking behavior initially began while screening Stand by Me in 1986. Soon, Feldman got addicted to the drugs that he was experimenting on. When he was 19 years, the authorities arrested him for illegal drug possession of heroin and cocaine. In 1991, he went in for rehab.

With heavy fines facing him and his career in the drains, Corey Feldman decided to rebuild his career for the second time. During this period, he was facing $200, 000 as a result of accrued bills and legal fines. With time, he started appearing in several shows and movies. He also worked on his music career and in 1994, his debut solo album was out. In 1999, he released his second album, Still Searching for Soul.

In 2002, Feldman was one of the casts in the reality TV series The Surreal Life. It is through his acting in the show that he met Susie Sprague. The couple got married on the show after nine months. Two years later, they welcomed their first born son.

In 1989, Corey Feldman got married to his first wife, Vanessa Marcil. Their marriage was short-lived as they parted ways in 1993. Feldman later came to an end his marriage with Susie Sprague in 2014. In 2016, he got married for the third time to Courtney Anne Mitchell.