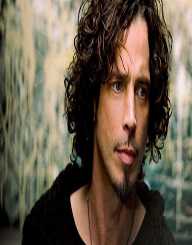 Chris Cornell rose to fame as a promoting member of Soundgarden Rock Band where he served as a backer. In short, Chris is a rock singer as well as a songwriter. The band is famously known for their hitting songs like Rusty Cage, Black Hole Sun, and Super among others. He is also a former leading singer in one of the American rock band called Audioslave. But he recently performed with the group at the Telegram Ballroom in California. For two decades, Chris has received several awards including several Grammys. He is also a nobleman who loves to associate himself with humanitarian works such as child rights and education.

Chris comes with a 6’ 2” height escorted with his charming smile and flabby hair. He possesses an omnipresent kind of energy that gives him a potential to inspire others. With less effort, Chris knows how to tackle every situation. His out of world personality gives her a chance to blend with different surrounding. As a side note, he hates to fill out of place and being left out. His good stamina and physique allow him to work extra hard towards her goals. No matter the obstacle, he always strives for success in the end. Another imperative thing is that Chris comes with a unique talent for getting the best result for his friends and loved ones. He simply does this by understanding their thoughts and feelings. Instead of discouraging them, he chose to have an uplifting attitude.

On 20th July 1964, Christopher John Boyle was born in Seattle, Washington, the United States to an accountant, Karen Cornell, and Ed Boyle, a pharmacist. Chris spent his childhood life with his five siblings’ named as Patrick, Peter, Suzy, Maggie, and Katy. He attended Christ the King Catholic School and Shorewood High School. Cornell loved to listen to an English rock band named as the Beatles. He embraced rock music for solace since he seemed to possess an anxious personality when around other people. At his tender age, Chris dropped out of school where he went to serve as a seafood wholesaler as well as a sous-chef at Ray’s Boathouse restaurant.

Early in 1980, Chris joined a rock band called The Shemps where he met with his longtime friends and a bassist: Hiro Yamamoto. In 1984 he formed Soundgarden band that consisted of three members. He then met Matt Cameron with whom he joined the band as a drummer. This gave Cornell a chance to concentrate on his vocals.
In the mid of 1990, he created a Temple of the Dog band that acted as a tribute to his longtime friend, the late Andrew Wood. He was once a leading singer of an album titled Mother Love Bone. The Soundgarden band came up with an album titled down on the Upside. It was released in 1996 where it featured singles like Blow up the outside World, Pretty Nose, and Burden in My Hand. However, the album didn’t perform as they had expected.

In the middle of his career, Chris started to write as well as record his music in collaboration with Alain Johannes, a guitarist and Natasha Schneider, a keyboardist. In 1999 he launched his first solo album called Euphoria Morning, and it features singles like Can’t Change Me, Flutter Girl and Preaching the End of The World.

In the mid of 2001, he teamed up with a musical pioneer group where they formed an Audioslave band. Tome Morello, an instrumentalist, and Time Commerford followed him. It was here that the group released their second album titled Out of Exile. The album featured songs like Your Time Has Come and Be Yourself. Besides, the album garnered an Echo Award for displaying the Best International Rock Song.

In 2006 Audioslave released their third album titled Revelation. This gave the band a chance to join a marketing campaign that placed the song in the higher ranks. The same year the band launched a song titled You Know My Name for James Bond Film: Casino Royale. In 2007 Chris started a solo album titled Carry On under Steve Lillywhite, the producer.

In 2009 Cornell released his 3rd album titled Scream and it was here that he toured places like South America and Europe. In the mid of 2010, the band appeared in Chicago Lollapalooza festival where they launched another album titled Telephantasm. It was here that the band got a chance to tour in New Zealand, North America, Europe and Australia.

From 2009 to 2011 Chris and his team continue to tour the part of US especially, Canada and South America. It was here that he received positive remarks in the course of his music career. In the mid of 2011, he launched The Keeper song that it later appeared in a film called Machine Gun Preacher.

From 1990 to 2008 Chris Cornell garnered more than five Grammy’s followed by other recognitions like the MTV Music Award, Satellite Award and World Soundtrack Award. In 1990 Cornell married Susan Silver, the Alice in Chain Manager. The couple was blessed with a daughter called Lilian Jean in 2000. In all, they came to call it quit in 2004.In the mid of 2008, Chris announced publicly that had received his official website after a long struggle with her ex-wife. In 2004 he married Vicky Karayiannis, an American journalist at Greek heritage. The couple has a daughter called Toni and a son named Christopher Nicholas. Besides, Chris Cornell has been battling with addiction, but he was declared sober after some time. His rehabilitation visits didn’t help him, but his inner intuition gave him a chance to realize himself in a better way. Early in 2012, Chris partnered with Vicky where they opened a foundation called Vicky Cornell Foundation. The organization helps vulnerable children internationally. In addition to the basic, Chris isn’t showing any signs of slowing down. On 10th March 2017, Chris Cornell launched another song titled The Promise.