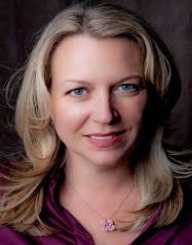 Cheryl Strayed was born on September 17, 1968. She is an American novelist and podcast host. She is also an essayist and memoirist. She has written four books in her career so far. She has written books such as ‘Torch,’ ‘Wild: From Lost on the Pacific Crest Trail,’ ‘Tiny Beautiful Things: Advice on Love and Life from Dear Sugar’ and ‘Brave Enough.’  She is currently fifty years old.

Cheryl Strayed was born on September 17, 1968, in Spangler in Pennsylvania in the United States of America. She was born to Barbara Anne and Ronald Nyland. When she was six years old, her family moved to Chaska in Minnesota. It was not long after the move that her parents divorced.

Her mother got remarried to her stepfather, Glenn Lambrecht. She was brought up alongside two siblings, Karen and Leif. When she was thirteen years old, the family moved to rural Aitkin County. They lived in their own house that stood on a 40-acre piece of land.

Cheryl Strayed attended McGregor High School in Minnesota. In 1986, she graduated from the school. At the school, she was a cheerleader, track runner, and homecoming queen. She later joined the University of St. Thomas in St. Paul where she studied as a freshman.

Cheryl Strayed did many menial jobs while writing and traveling around the United States of America. She later joined Syracuse University. In 2002, she graduated from the university with a Master of Fine Arts. At the school, her mentors were Mary Gaitskill, Mary Caponegro, Arthur Flowers and George Saunders.

The book has been translated into thirty different languages. The book her won her the Barnes and Noble Discover Award and the Oregon Book Award. In the same year, her third book ‘Ting Beautiful Things: Advice on Love and Life from Dear Sugar’ was published by Vintage Books. In 2015, her fourth book ‘Brave Enough’ was published by Alfred Knopf in the United States. In the United Kingdom, the book was published by Atlantic Books.

Cheryl Strayed has published numerous essays in magazines such as The Washington Post Magazine, Tin House, The Missouri Review, The New York Times Magazine and Vogue among others. She was at one time the guest editor of ‘The Best American Essays 2013’.

In 2013, she was awarded the Pushcart Prize for her essay ‘Munro County’ which was published in The Missouri Review. Cheryl also wrote the advice column ‘Dear Sugar’ on The Rumpus. She is a public speaker and loves giving lectures about her life and her books. Currently, she is a co-host in the Dear Sugars podcast with Steve Almond. In 2014, her book ‘Wild’ was adopted into a film, and actress Reese Witherspoon plays the role of Cheryl.

In 1988, Cheryl Strayed got married to Marco Littig, but they divorced in 1995. In 1999, she got married to filmmaker Brian Lindstrom with whom she has two children. She lives with her family in Portland in Oregon. She is a feminist activist. She is currently fifty years old. She continues to fight for the rights of women all over the world.