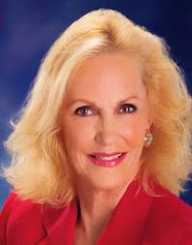 American writer Cheryl Crane is the daughter of Hollywood actress Lana Turner and Jef Stephen Crane. She was born in Los Angeles, California on the 25 July 1943. Crane was Turner’s only child and had a number of stepfathers as her mother married seven times. Lex Barker, Turner’s fourth husband, sexually abused Crane when she was a girl.

The Killing of Johnny Stompanato

Turner was in the process of divorcing Barker in 1957 when she met Johnny Stompanato. They had a volatile relationship which included physical abuse and shouting arguments. Cheryl Crane was 14 years old when she heard Stompanato threatening to kill her mother. She grabbed a knife and stabbed him, killing him. The killing was considered justifiable homicide and Crane was made a ward of the State of California.

She was institutionalised in a home for troubled girls, the El Retiro School for Girls in Sylmar, LA. She ran away twice in the first three months. In January 1961, she was placed into the custody of her mother and stepfather, Frederick May. Turner then put her daughter into the Institute of Living in Hartford, Connecticut for treatment.

Cheryl Crane graduated from high school and a few years later enrolled at Cornell University where she studied hospitality and restaurant management.

Crane worked as a model briefly and also worked in a Polynesian restaurant owned by his father. Later in life, she sold real estate in Hawaii and Palm Springs.

Cheryl Crane wrote an autobiography Detour: A Hollywood Story (1988) about her troubled childhood and recovery. Her second memoir Lane: The Memories, The Myths, The Movie was published in 2008. She also penned the novels The Bad Always Die Twice (2011), Imitation of Death (2013) and The Dead and the Beautiful (2014).

Cheryl Crane is a breast cancer survivor after undergoing a double mastectomy in 1998.

Cheryl Crane has been in a longterm relationship with Jocelyn LeRoy. The couple lives in Palm Springs, California. They married in 2014. When Turner died in 1995, Crane inherited her personal effects plus $50,000, but the bulk of Turner’s estate went to her maid of four decades, Carmen Lopez Cruz.