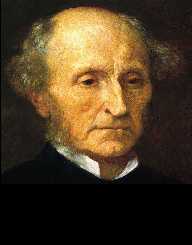 Charles-Louis de Secondat, Baron de Montesquieu, was born on the 18 January 1689 at La Brede, near Bordeaux, France. He was born into a prosperous family who was part of the nobility. His parents were Jacques de Secondat and Marie Francoise de Pesnel. He was still a child when his mother died.

Montesquieu was educated at the Oratorian College de Juilly and then was awarded a law degree from the University of Bordeaux (1708). After graduating from university, he went to Paris to further his legal studies.

When his father died in 1713, Montesquieu returned to La Brede to run the estates which he had inherited. In 1716 his uncle died, and he inherited the title Baron de la Brede et de Montesquieu. He also inherited the office of President a Mortier in the Parliament of Bordeaux. Between 1716 and 1726 Montesquieu ran the Tournelle, the criminal division where he dealt with all legal proceedings, supervised prisons and administered punishments. At the same time, he was also involved with the Academy of Bordeaux, following scientific developments and submitting papers.

In 1721, Montesquieu published The Persian Letters to wide acclaim. The publication made him a literary celebrity. Although published anonymously, his authorship was common knowledge.

Montesquieu left office and resigned from Parliament in 1775. In 1728 he was elected to the Academie Francaise. He then left France and spent time traveling in Europe before moving to England where he spent two years.

He studied the English political system, and this was later reflected in his work. He returned to France in 1731 and began working on The Spirit of Laws. He also wrote Considerations on the Causes of Greatness of the Romans and their Decline, published anonymously in 1734. The Spirit of Laws is considered his masterpiece. At the time of publication, it was a success as well as fairly controversial. The Roman Catholic Church placed the publication on the Index of Forbidden books in 1751.

He married Jeanne de Lartigue in 1715, and the couple had two daughters and a son.

Montesquieu is regarded as one of the most important philosophers of the late 17th and 18th centuries. The Spirits of the Laws had an impact on the shaping of the English political system as well as the United States Constitution. His Separation of Powers theory had wide-ranging influence. As one of the early philosophers of the Age of  Enlightenment, he influenced many including David Hume, Thomas Paine, Hannah Arendt and many others with his views on political freedom of thought and expression.