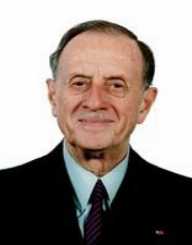 Charles de Gaulle was a French general and statesman. He was born on November 22, 1890. He led Free France and the Provisional Government of the Republic of France. He was elected the President of France in 1958, becoming the 18th president of the European country. He served in the critical season of the Cold War, and his policies continue to have an impact on the society.

Charles resigned in 1969. Before he rose to the presidency, Charles participated in the World War 1 and was even taken to prison at Verdun. Charles was a fierce protector of France's sovereignty, and at one point in his administration, he came up with "Politics of Grandeur" policy which dictated that foreign countries such as the United States in its security and prosperity. He also vehemently opposed any effort to associate France with the Nazi movement of Germany.

Charles de Gaulle was born in Lille, the industrial region of the Nord Departement. He was the third born in a family of five children. He was raised in a country and traditional family. His father was, Henri de Gaulle, an elite and a professor of history and literature at a Jesuit college. He later founded his school.  His mother, Jeanne, came from a family of wealthy entrepreneurs. She had French, Irish, Scottish, Flemish, and German ancestry.

The father nurtured his children by encouraging historical and philosophical debate among his children during their free time. As a result, de Gaulle familiarized himself with the history of France while he was still young. He developed an immense interest in the military after listening to stories about how his mother suffered during the French capitulation to Germany at Sedan in 1870.

Charles de Gaulle was raised up in a family that was highly literary and full of great historians; his uncle was mainly an outstanding historian and Celticist who wrote books pushing the Union of Welsh, Scots, Irish and Bretons into a united people.

At ten years, Charles was already reading medieval history, and he progressed into writing when he was a teenager.

In 1909, he enrolled at Saint Cyr, a defense institution, with the aim of becoming a military leader. Charles graduated from the school in 1912 after an extraordinary performance emerging 13th out of the 210 cadets who graduated from the institution. He received accolades from all quarters as a suitable military leader who would make France proud.

After graduating from the military school, Charles de Gaulle joined the French Armed Force in the "33rd Infantry Regiment" division. He moved to Arras region from where he operated. The task ahead for Charles and the French Army was to prepare for the World War 1 which was looming by that time. Charles was keen on winning the battle, and he regularly interacted with the senior military officials to trade ideas on how to be victorious.

After a short period of operating at Arras, Charles and other fellow soldiers of the "33rd Infantry Regiment" were transferred to Dinant in Belgium to avert any attacks by the German soldiers. The battle got so fierce that Charles sustained bullet injuries. Charles did not like the tactics that their commander, General Charles Lanrezac, applied. Eventually, France lost the battle and made huge losses regarding casualties and the loss of ammunitions.

In 1915, Charles' new strategies were recognized as unique as he acquired information from the enemy by tactfully crawling into their territory. In 1916, Charles de Gaulle participated in the Battle of Verdun, but he was attacked by the enemy which rendered him physically unfit to engage in any other battle for two and half years. He was detained by the Germans.

Between 1919 and 1921, the French forces took part in a Mission to Poland when Poland and Russia entered into the war. Charles acted as the chief instructor to the Polish troops. His efforts in the military were awarded in 1920's when he was given the responsibility of commanding an Infantry Battalion. On the same year, Charles travelled to Rhineland and Syria on official military duties.

In 1930's, Charles de Gaulle rose to the position of Lieutenant Colonel stationed in France. His success in managing the army was manifested in the World War 2. He was again promoted to the position of Undersecretary of State for "National Defence and War" in the mid-1940's. The then Prime Minister of France, Paul Reynaud, described him as a smart and charming leader.

Reynaud was succeeded by Marshal Petain who contemplated entering into an agreement with Nazi-ruled Germany. Charles did not like the idea, and he eventually rebelled by moving out and forming "Free French Forces." The movement received great support from fellow soldiers and Frenchmen. The movement grew and, in 1941, it evolved into "Free French National" where Charles held the position of president.

In 1945, the general elections took place in France and Charles was elected the president. He, however, resigned after disagreements with the Communist party members. He returned to power in 1958 as the 18th President of France. Charles de Gaulle worked hard until the violence in Algeria, French colony, stopped. He served for eleven years and stepped down in 1969 after a revolt by students.

Charles de Gaulle was given a responsibility to command an Infantry regiment after showing potential in the Belgium Mission. He formed a revolt against the Prime Minister, Petain, in disapproval of an agreement with the Germans.

He became the 18th President of France.

Charles de Gaulle was married to Yvonne Vendroux on April 7, 1921. They had three children, Elisabeth, Philippe, and Anne. Anne died from pneumonia and Down's syndrome at 20 years. Anne was a Catholic who always raised a voice against vices such as pornography.

Charles wrote a book on the professional organization of any army titled ‘Ver's larmee de Metier."

He was a great family man who loved his family. Charles de Gaulle passed away in November 1970 at 80 years.