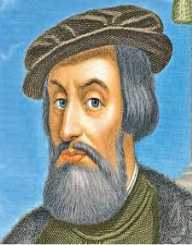 Hernán Cortés was a Spaniard born around the year 1485 in Medellin, Spain. Although he was of high born and noble status, the family was poor. So, he went out into the world to help make his fortunes. Also, he was a conquistador that took the liberty of overthrowing the Aztec empire in the name of Spain. Therefore, he won the Mexican crown for the Spanish King in the 16th century. As a young man of just 19 years of age, Hernán Cortés took to the seas to be an explorer.

The first time saw him in Hispaniola and then later in Cuba. The activities of Hernán Cortés were somewhat illegal as he had chosen to go against the then sitting governor. However, he wrote to the king directly to ensure that the crown would recognize his efforts. Soon, after that, he won against the Aztec Empire. After that, he took the name of Marques del Valle de Oaxaca. After some time, say around six years, he went back to Spain where he died. Natural causes caused his death.

The parents were not happy about his move. They were hoping to see their son learn to be a lawyer. The little time that he spent learning law would prove useful in the later years when he conquered the Aztec Empire. At the time when he was 16 years of age, most of the work of the famous Christopher Columbus was getting too many ears. So, in turn, Hernán Cortés got intrigued by them.


Voyage to the New World

Hernán Cortés got the opportunity to sail to the New World with one of the family’s associates. However, at the time, Hernán Cortés got a grievous injury and was not able to voyage. Although after sometime later, he was able to travel. So, in the year 1504, he left for Hispaniola and then became one of the most famous conquistadors of all time.

After some time in the New World, Hernán Cortés was in command of his destiny. Moreover, he had rebelled against the sitting governor. So, he gathered up his troops and went for the biggest score of his lifetime. The governor upon realizing that Hernán Cortés was moving against the Aztec Empire against his wishes he canceled the expedition. However, Hernán Cortés did not listen to the jealousy of the governor. So he set sail and went for the Aztec Empire in the year 1519.

At the time, Hernán Cortés was in collusion with so many of the locals. Therefore, he had a large force that he could use to conquer the Aztec Empire. At one point the governor tried to stop him, but together with his army, he fought the governor off. Also, on the way, he encountered other hostile Native that he crashed before getting to the Aztec Empire. Upon reaching the Empire, he took King Montezuma II hostage. This move gave the soldiers an opportunity to sack the city dry.

In the process, of fighting the Aztecs, the Spanish organized and marched against Hernán Cortés. So, he left and met them halfway to deal with them. After beating them, he went back to the empire. However, the empire was hostile, and the locals drove them off. Later, Hernán Cortés reorganized his men and went to the realm a third time to crash them in 1521. After such victories, the King of Spain Charles appointed him the new governor of New Spain.

The promotion that came after the win against the Aztec went with a lot of challenges. Most of the people in New Spain would challenge his authority and position. Around the same period, Hernán Cortés went to Honduras to quell an uprising against his rule. While he was there, another person had taken over Mexico. So, he went straight to Spain from the battlefields. His move was to get the King to reappoint him, but his plea failed. After some time, Hernán Cortés died while still in Spain in the year 1547.