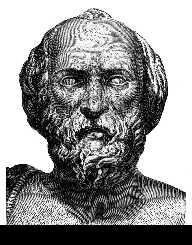 Plutarch wrote "Life of Lycurgus," and that is where most of the information on Lycurgus originates. Nobody knows whether Lycurgus was a real person, not even Plutarch. Different authors have written about Lycurgus, but none of their accounts agree. The Spartan people revered Lycurgus. General thought is that he may have been the personification of the god Apollo.

Although there is no agreement on his birth date, 800 BC is thought to be plausible. One story says that Lycurgus took power when his brother died. His brother was king at the time, with a child on the way. When his brother’s wife gave birth, Lycurgus gave the kingship to the baby.

As family trouble brewed, Lycurgus left Sparta until his nephew was an adult with his own heir to the throne. He traveled to many countries. These included Crete, Asia Minor, Egypt, India, Ionia, and Spain.

Lycurgus discovered the works of Homer and espoused Homer's work on morality and statecraft. He also learned to have the military separate to the manual laborers in Egypt. This idea helped to define Spartan culture in later years.

The people and the kings of Sparta both wanted Lycurgus to return. He was a natural ruler, and the people loved him.

Lycurgus traveled to Delphi first to ask guidance from the Oracle. He received a positive outcome, so he returned to Sparta, gaining support from leading men in the community. He decided to reform the country, and he made many changes.

Lycurgus united the people and led Sparta on its rise as a powerful nation. He installed a council of 28 men as a stable government that sat between the citizens and the kings. Reforms took place with the land holdings, and redistribution of real estate took place across the board.

Lycurgus gathered all the gold and silver, so people did not have the opportunity to be greedy. He introduced a new currency made from iron. Another reform was the introduction of common halls where the men would gather to eat.

Once boys turned seven years old, the military took them for training.

Legend says that Lycurgus called the people of Sparta together and asked them to obey his laws until his return.

He traveled to the Oracle of Delphi for consultation. He received further confirmation that he had put Sparta on the right path.

Lycurgus disappeared and was never heard of again.