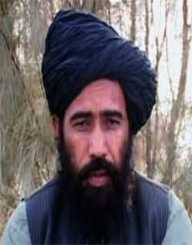 Mullah Dadullah is known as one of the leading figures in the Taliban Army of which the group continuously fought for control over Afghanistan. He was described as a brutal commander who is responsible for the beheading a number of civilians and the backbone of the Taliban army according to Asadullah Khalid, Kandahar’s governor.

Born in 1966 as Mullah Dadullah, he was also known as Dadullah Akhund or Maulavi. He came from the Pashtun tribe and was a native of the Kandahar province in Afghanistan. During the fight against the Soviet occupation back in the 1980s, he lost his leg but carried on fighting alongside the Mujahideen.

From 1999 until 2000, he spear-headed the suppression of the tribe of Hazaras revolt in the Bamyan province. The next year, a number of massacres of Hazaras were executed by his forces that resulted in the death of 300 civilians in Yakaolang on January 2001.

Prior to America’s invasion of Afghanistan in 2001, Dadullah was a part of the leadership council of the Taliban that consisted of 10 people. When the invasion came, word came around that Dadullah has amassed a troop consisting of 8,000 Taliban set out to recapture the city at the Battle of Mazar-i-Shariff.

In 2001, he became involved in the massacre of the Shi’a villages of which he even boasted over the radio. He stated in an interview with the BBC that he has a number of suicide bombers ready to heed his command in retaliation to the NATO group.

Dadullah also oversaw the negotiations for the hostage-taking of Daniele Mastrogiacomo, an Italian reporter in March 2007.

He met his demise when he was killed in a raid executed by joined forces of the US Army, NATO and Afghan forces, and British Special Forces as reported on May 13, 2007. His recovered body consisted of a bullet wound at the back of his head and two more in his torso. He was buried by his family in his home province of Kandahar.