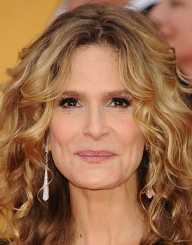 Catherine  Hicks is an American actress. Born on August 6, 1951, she is known for performing in film, television, and stage productions. Catherine  Hicks came to limelight with her role as Annie Camden in the television series, 7th Heaven that aired from 1996 to 2007. Making her major TV debut with the ABC soap opera Ryan Hope as Dr. Faith Coleridge, she has played several films and television roles including in as Marilyn Monroe in Marilyn: The Untold Story, 1980, which earned her an Emmy Award nominations. She also appeared as Dr. Gillian Taylor in Star Trek IV: The Voyage Home, 1986 and in Child’s Play, 1988 as Karen Barclay.

Catherine  Hicks was born on August 6, 1951, in New York to Jackie and Walker Hicks. Her father was an electronics salesman and her mother a homemaker. She has Irish and English descendants. At a young age, the family moved to Scottsdale, Arizona. She received education at Gerard Catholic High School, Phoenix, Arizona, where she was a cheerleader and member of the National Honour Society. Graduating in 1969, she enrolled at Saint Mary’s College, Indiana to pursue English literature and theology. Catherine  Hicks later received an acting scholarship to study in Cornell University where she joined the Ithaca Repertory Theatre Company. Hicks graduated with a master of fine arts.

In August 1976, Catherine  Hicks left for New York to seek acting opportunities. Luckily, finding a job was not difficult as she soon had television commercials job. This was followed by her debut major television role as Dr. Faith Coleridge in Ryan’s Hope, 1976. Playing the role for a year and a half, she left the set to cast in Bernard Slade’s Broadway play “Tribute” as young model Sally Haines alongside Jack Lemmon (who played Scottie).

Her performance earned her the role of Valerie in the CBS TV movie and series “Sparrow.” After “Tribute,” she left for California to co-star as a junior high school principal and psychologist, Dr. Emily Rappant on the CBS sitcom The Bad News Bears from 1979 to 1980.

Catherine  Hicks’ next big role was the lead character Marilyn Monroe in the ABC production, “Marilyn: The Untold Story,” 1980, based on Norman Mailer’s book of the same name. The role earned her a nomination for Outstanding Lead Actress in a Miniseries or Movie at the Emmy Awards. Her feature film debut was in the thriller “Death Valley,” 1982, playing as Peter Billingsley’s mother, Sally. It was soon followed by “Better Late Than Never” as Sable.

In 1986, Catherine  Hicks appeared in Star Trek IV: The Voyage Home, which earned her a nomination for Saturn Award for Best Supporting Actress. The following year she played Dr. Amy Larkin in Like Father Like Son and that same year hosted the 59th Academy of Motion Picture Arts and Sciences' Scientific and Technical Awards ceremony. She won the Saturn Award for Best Actress with her role as Karen Barclay in the horror film “Child’s Play,” 1988.

Catherine  Hicks was cast on long-lasting WB’s family drama “7th Heaven” as Annie Camden. She played the role from 1996 until it ended in 2007 after 11 seasons. Catherine  Hicks also played roles in Turbulence, 1997 Eight Days a Week, “Poison Ivy: The Secret Society,” 2008, Stranger with My Face, 2009, “You're a Wolf,” and My Name is Jerry, 2009. The latter role earned her the Best Actress in a Supporting Role from the International Filmmakers Festival, 2009.

Catherine  Hicks played the role of Hildegarde in Christopher Durang’s “Why Torture is Wrong and the People Who Love Them” at the Stella Adler Theatre in Hollywood. Her other roles include Jean in “Borderline Murder,” 2011, Rose in “Dorfman in Love,” 2011 and as Anna Walker in “Game Time: Tackling the Past” alongside Ryan McPartlin and Beau Bridges.

Catherine Hicks was engaged to journalist Jeff Silverman, but they later called it quit. On May 19, 1990, she married Kevin Yagher, a special effect makeup artist. The couple first met on the set of Child’s Play. They have a daughter called Caitlin. Hicks is a Roman Catholic. She is a trustee on the Hollywood Arts Council and an alumna of the Lee Strasberg Theatre and Film Institute.

The University of Notre Dame has since the 1987/88 academic year instituted the “Catherine Hicks Awards” given to graduating senior for outstanding work in theatre arts. Catherine  Hicks was awarded the Padre Pio Award from the Capuchin Franciscan Friars in 2006, for her for her efforts as Catholic Relief Services spokesperson and Darfur Relief.