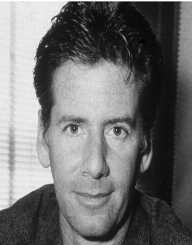 Calvin Richard Klein was born on November 19, 1942, in Bronx, New York. His father immigrated from Hungary, but his mother was a daughter of Austrian immigrant. Klein was interested in fashion from an early age. He attended the High School of Art and Design and later attended New York’s Fashion Institute of Technology. He never graduated from the latter, but in 2003, received an honorary Doctorate.

After dropping out of school, Klein worked as an apprentice at a cloak and suit manufacturer in 1962. He spent five years as a designer at several New York City shops.

In 1968, Calvin Richard Klein's luck changed, when his childhood friend Charles Schwartz offered him money to start his label. Schwartz had taken over his family’s grocery business and gave Klein $10,000. Klein was able to secure a deal with Bonwit Teller department store. This led to his recognition and rise in sales and demand in the 1970s.

Klein initially focused on women’s coats and other clothing but eventually branched out to women’s apparel. His style was minimalist, streamline, but with excellent tailoring and fabric choices. He also branched out into menswear and jeans. Klein started to work together with fashion luminaries to shape his vision. By the 1980s, Klein’s brand was widely recognized for its underwear and luxurious perfume lines.

After its initial success, Calvin Richard Klein's company branched out to home apparel. Unfortunately, in the 1990s the company suffered financial difficulties and was close to bankruptcy. A financial bailout saved the company from David Geffen.

Calvin Klein Inc. set an array of licensing agreements. Klein and his partner Schwartz sold the company in 2003 to Phillips-Van Heusen Corporation for $430 million in cash and stock.

Klein’s company got a lot of publicity from its sexually provocative ad campaigns. Some of these campaigns were targeted to young people. One of the most controversial and famous ads was featuring Brooke Shields stating “Do you know what comes between my Calvins and me? Nothing.” The clip was eventually banned on TV.

In 1995, CK Jean campaign featured young models in photos that evoked amateur pornography. President Bill Clinton banned the ads, and U.S. Justice Department launched an investigation to determine the age of the models.

Kate Moss became a muse in a series of Calvin Klein ads, yet many criticized the campaigns for her thinness and the eroticism of photos. Klein was also credited with bringing the male beefcake into the mainstream fashion campaigns when he featured rapper/actor Mark Wahlberg. Since then, Klein has featured many star actors and musicians in his ads.

Calvin Richard Klein has been very private about his own life, but he has spoken about having intimate relationships with both men and women. He has stated that inspiration for his campaigns often has come from his personal life.

In 1964, Klein married a textile designer Jayne Centre. The couple has a daughter Marci. They eventually divorced in 1974. Klein’s second marriage was to his assistant Kelly Rector. The couple separated in 1996 but divorced in 2006.

Klein had an avid night-life, and he was a constant guest at Studio 54. He also struggled with drug and alcohol abuse. In 1988, Klein checked into a rehab facility in Minnesota. He later went back to his addictions but was able to recover.

Calvin Richard Klein is an active supporter of the Democratic Party. In 1974, Klein was awarded the CFDA honor for outstanding men’s and women’s fashion wear. In 1983, he was placed on the International Best Dressed List. He has also received several awards from the Council of Fashion Design of America.