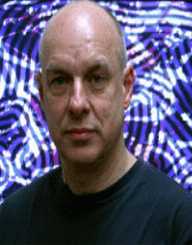 Brian Peter George Eno is a versatile English artist famous for his contributions to rock, pop, classical, electronic and his innovation generative music. He is not only an acclaimed composer, musician, writer, record producer and singer but also excels as a visual artist. He coined the term ‘ambient music’ and gave a fillip to this genre. He introduced a variety of innovative approaches and techniques in different fields of the music industry.

Brian Eno brought a refreshing change in almost every aspect of music in modern times. He has left his footprints in everything from punk to techno in music. He is the musician who composed the six-second start-up music of the Windows 95 operating system. Eno puts theory over practice and texture over craft in music. He is one of the most influential and innovative figures in this field.

Brian Peter George St. John le Baptista de la Salle Eno is the full name of Eno. He was christened Brian Peter George Eno. The rest of it was gained during his education at a Catholic school. He was born on 15th of May, 1948 at Phyllis Memorial Hospital in Woodbridge, Suffolk, East Anglia, England, the UK. William Arnold Eno and Maria Alphonsine Eno were his parents. The Catholic couple had four children of whom Brian was the second. The other 3 siblings were Maria, Roger, and  Arlette. Later, Roger too emerged as an instrumentalist and a singer along with his elder brother. Eno grew up in rural Suffolk, near the US Air Force base. He used to listen to the rock and roll broadcast on the American radio.
Education

Brian Eno studied at St. Joseph’s College, Ipswich. He graduated from Winchester School of Art in 1969. During his tenure at the art school, he was introduced to the works of contemporary composers. He also got to know about the works of American composers with minimalist traits. Here, he realized that he also could make good music. Brian along with his friends formed a group called ‘The Black Aces’ in 1964. In this phase, he also formed ‘Maxwell Demon’ with guitarist Anthony Grafton.
Career
After Maxwell Demon, Brian Eno joined Scratch Orchestra in 1969. Later, he joined the performance art-classical orchestra, the Portsmouth Sinfonia, as a clarinetist. However, he gained prominence in 1971 as a member of the glam band, Roxy Music. He sang back vocals, played the synthesizer and treated the band’s sound electronically. But gradually he developed differences with the lead singer, Bryan Ferry. He was also disenchanted by the rock star life and the heavy makeup and costumes involved in the shows. As a result, he quit the band after its second album, For Your Pleasure, in 1973.

After leaving the band, Brian Eno embarked on his solo journey in music. Eno had developed a tape delay system, called as Frippertronics by his partner Robert Fripp. They utilized the system in their collaboration, No Pussyfooting (1973). Eno’s first solo work, Here Come the Warm Jets (1973) reached the UK Top 30. He created three more electronically inflected albums over the course of next 4 years. After a car accident in 1975, Eno thought of an innovation in music by the introduction of ambient music. His first work in this new genre was  Discreet Music released in 1975. The Ambient series released by him further popularized the new style.

In 1983, Brian Eno collaborated with his younger brother, Roger, and Daniel Lanois on the album Apollo: Atmospheres and Soundtracks. In this decade, he continued producing spectacular solo works as well as collaborations with minimalist composers. In 1989, he designed an art installation to help inaugurate a Shinto shrine in Japan. In the 1990s, he began to work on generative music. He presented this form in works such as Dormienti and The Quiet Room. His collaborative works with the Irish band, U2, further increased the list of brilliant pieces of music he produced. He also began working in the world of art installation during this time period.

In 2004, Brian Eno again collaborated with Fripp for The Equatorial Stars. He also released a semi-electronic work, Another Day on Earth in 2005. He released the 77 Million Paintings program in the next year. In 2012, he returned back with the ambient style of recording in Lux. His 2017 album, Reflection too belongs to the same genre.

Brian Eno married Sarah Grenville when he was only 18 years of age. In 1967, the couple had a daughter, Hannah. But the relationship couldn't last long and they soon had a divorce. In 1988, Eno married his manager Anthea Norman Taylor. He has 2 daughters, Irial and Darla from his second wife. Eno calls himself "an Evangelical Atheist".

Eno collects pornographic playing cards and even used some of them on his early releases. In an interview, he told that Big Ones and Over 40 were his favorite pornographic magazines. Also, Eno is known to have an interest in mixing perfumes and essences to obtain new fragrances, similar to the way he mixes music.  He is a member of the Labour Party.

Brian Eno criticized Nick Cave in 2017 for his decision to play two sold-out concerts in Tel Aviv, Israel. Nick cave put his view in front of the media in a press conference. Eno supports the call for the international boycott of Israeli political and cultural institutions.  He spoke out against 2009 and 2014 Israeli operations into Gaza. He has accused Israel of silencing and ethnic cleansing of Palestinians.

Brian Eno is a sponsor of Videre Est Creden, a UK human rights charity, since 2013. He also acts as a trustee of ClientEarth, a non-profit environmental law organization founded in 2008.