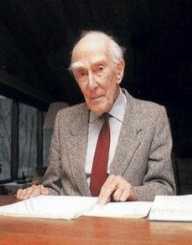 Dutch astronomer Jan Hendrik Oort was born on the 28 April 1900 in Franeker in the Netherlands.

Oort studied firstly at Leiden Gymnasium and later graduated from the University of Groningen. He did further studies at Yale University in the United States.

He returned to the Netherlands from the United States in the early 1920s and spent the rest of his career in Europe. Oort’s research confirmed that the Sun is 19 200 light years away from the centre of the Milky Way in the area of the constellation of Sagittarius. In 1924, he discovered the galactic halo, a group of stars orbiting the Milky Way. He showed that the Milky Way rotates like a gigantic Catherine Wheel with each of the 100 000 million stars in our galaxy traveling independently through space. His work into galactic motion showed the existence of dark matter making up 90% of the Universe. Oort's theory was that clouds of hydrogen in the spiral arms of the Galaxy were molecular clouds are stars created. Dutch radio observatories later confirmed these theories. His research into comets led to what is today known as the Oort Cloud.

Considered one of the most important and influential astronomers of the 20th Century, Oort won many awards including the Vetlesen Prize from Columbia University in 1966. He was the general secretary (1935-1948) as well as president of the International Astronomical Union from 1958 until 1961. The Royal Society inducted Oort in 1959, and Asteroid 1691 Oort honors him.

In 1927, he married Mieke Graadt van Roggen. In his lifetime he observed Halley’s Comet twice: once as a boy of ten and again in 1986 when he was 86. Jan Hendrik Oort died on the 5 November 1992 in Leiden in the Netherlands.