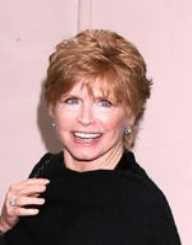 Bonnie Franklin was born in 1944 as Bonnie Gail Franklin. She was born in Santa Monica in California into a family of Claire and Samuel, Benjamin Franklin. Her father Samuel was working in finances, in the bank sector, and was one of the founders of “B’nai B’rith.” Bonnie Franklin’s parents were both of Jewish descent, and had migrated to the United States – her father came from Russia, but the mother was from Romania. They met and married already before they emigrated to the States.

When Bonnie Franklin was just a young teenager, their family relocated to Beverly Hills; hence she started to attend school there. In 1961 she graduated Beverly Hills High School and began attending the Smith College.

While she was a freshman in the Smith College, she performed in “Good News,” which was produced by Amherst College. After studying at Smith College, she transferred to UCLA. In 1966 Franklin graduated the UCLA with a bachelor’s degree in the English language.

Bonnie Franklin was on television even before she became a teenager. Her first appearance was in a Colgate toothpaste advertisement when she was just nine years old. Afterwards, she was cast as a child’s role performer in a Hitchcock movie “The Wrong Man.”

Later, as she already became a teen, she participated in an educational movie produced by Procter&Gamble about baking. It was called “You’re the Judge.” In the film, Crisco was advertised.

Bonnie Franklin’s first real debut was in 1970. It was a performance on Broadway of a musical “Applause.” This performance got Franklin nominated for her first Tony Award, and the opera was considered the success of the season for the theatre. Bonnie Franklin’s role was not prominent, she was not the star of the show, but she gained vast amounts of attention.

Bonnie Franklin was one of the three young women alongside Sandy Duncan and Melba Moore to whom Vogue predicted great future in an edition in the year 1970.

In 1973 Bonnie Franklin performed several times. She was seen in “Paper Mill Playhouse” performing two plays. Those were “George M” and “A Thousand Clowns.” Later the same year she played in “Carousel,” which was produced by Rodgers and Hammerstein. A carousel was performed at Jones Beach Theater in New York.

Bonnie Franklin participated in many television series. One of her first was “The Man from U.N.C.L.E.” in 1965, and “Hazel” also in 1965. She also acted in an ABC series “Gidget,” though she was not a part of the permanent crew there. The most widely known television series of Franklin was the comedy “One Day at a Time.” This aired for nine seasons and was shown 1975-1984.

The producer of “One Day at a Time” was Norman Lear. Bonnie Franklin played a divorced mother Ann Romano in the series and got a lot of recognition. For this role and participation in this television series, in 2011 Bonnie Franklin and other members of the show received an “Innovators Award.” The “TV Land” channel presented his award to them. This awards represented the innovative ideas of the series, portraying some topics that were taboos at the time.

Bonnie Franklin performed in 1988 in “Annie Get Your Gun.” This she played in several Playhouses, mostly in Pennsylvania. She was playing the lead role in “Annie Get Your Gun.” The same year she performed in theatre in Manhattan in a play directed by Terrence McNally. The play was “Frankie and Johnny in the Clair de Lune.” Bonnie Franklin worked on this play together with Tony Musante. In 1998 Franklin appeared in Pittsburgh Public Theatre in a play “Who’s Afraid of Virginia Woolf?”.

Up until the year 2011, Bonnie Franklin appeared in several theatres, playing different roles all over the United States. In the year 2001 together with her sister, Bonnie Franklin co-founded “Classic and Contemporary American Playwrights.” With this, she performed more than twelve readings in the region of Los Angeles.

After some more appearances, in 2011 Bonnie Franklin decided to reunite with a colleague from the television series “One Day at a Time,” Valerie Bertinelli.

They both appeared in “Hot in Cleveland” together. In this show, Franklin played the role of a mother, and Bertinelli played a part of a girlfriend of Franklin’s son. Bonnie Franklin participated in the 28th Southland Theatre Artists Goodwill Event, which is an annual benefit event.

This was intended to raise funds for AIDS project in Los Angeles. It was merely successful and succeeded to build almost 200,000 United States dollars for the matter. Several performers appeared there with their best
recognized performances.

After these episodes were aired, the same year Franklin has diagnosed terminal pancreatic cancer. This diagnosis made her cancel her plans to perform in a one-woman’s play by Joan Didion “The Year of Magical Thinking” in 2013.

Their marriage lasted until he passed away in 2009. Minoff was already a father of two children, so Bonnie Franklin became a stepmother to Jed and Julie Minoff.

After the initial diagnosis of pancreatic cancer in 2012, she underwent treatment. Unfortunately, the procedure was unsuccessful, and Bonnie Franklin died the next year, in 2013. She was 69 years at the time.

Franklin’s mother Claire was at the time still alive, and 101 years old; as well as her two brothers Bernard and Richard, and sisters Victoria and Judith.