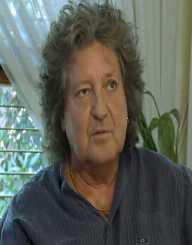 In the early 1970’s, The Powerpact and Mecca dissolved, although Wilson and Daisley continued to play music together. They formed a new band Kahvas Jute. Tim Gaze and Dannie Davidson also joined the band. This band only released one album, Wide Open, in 1971.

In 1972, Daisley joined a new band, Chicken Shack. While with this band (for only two years), Daisley recorded one album with the band: Long-Legged Woman Dressed in Black.

In 1974, Bob Daisley formed his band, Widowmaker. The band released their first album, also named Widowmaker, in 1975. Their next album was released in 1977 and was called Too Late to Cray.

In 1977, he joined a new band, Rainbow. He stayed with this band for two years, but only produced one album with them: Long Live Rock ‘N’ Roll.

In 1979, Bob Daisley yet again formed a new band. This band was called Blizzard of Ozz. Other members of the band included Ozzy Osbourne, Randy Rhoads, and Lee Kerslake. As well as playing bass for the band, Daisley also wrote some song lyrics and sang back-ups for the band (with Osbourne on lead vocals). With the band, Daisley produced two albums: Blizzard of Ozz and Diary of a Madman.

In 1981, Daisley joined another band, Uriah Heep. He stayed with this band for two years, producing two albums with them during that time: Abominog and Head First.

In the 1980’s and early 1990’s, Bob Daisley went back to performing with Osburne, even though they were not formally in a band together. Some of the albums he wrote lyrics for or played bass on (he did both at times) included the following: Bark at the Moon, The Ultimate Sin, No Rest for the Wicked, and No More Tears.

From the mid-1980’s to 2011, Daisley worked with the guitarist, Gary Moore, on several projects. Their teamwork only ended with Moore’s death.

Other famous bands/music artists that Bob Daisley has worked with are listed below.

One popular and publicized part of Bob Daisley's music career was his lawsuit against Ozzy Osbourne. He had been kicked out of Blizzard of Ozz, but after he left, the band still published music that he had a part in making. In itself, that is not terrible. However, Daisley was not paid for his work on the album, so he sued. He first aimed to appeal soon after he left the band, but his attempts to get much money in court failed.

In the early 2000’s, to try to appease Daisley, Osbourne re-released the album he was suing over, but with Daisley's songs cut out.

In 2016, Daisley tried to sue again over the same album. However, these attempts have also failed.

While Bob Daisley is known for writing many songs, it wasn’t until 2013 that he published his first book. It was a memoir, telling stories from his life, titled For Facts Sake.