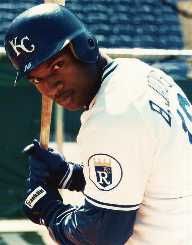 Vincent Edward "Bo" Jackson is a former American baseball and football player. He was born on November 30, 1962. He was named an All-Star in two major events and is considered one of the greatest athletes in history. Jackson won a trophy while he was still in university. He has been involved in advertising activities.

Vincent "Bo" Jackson was born in Bessemer, Alabama. He was the eighth born in a family of ten children. His mother, Florence Jackson, named him Vince Edwards, who was his mother's favorite actor. He grew in Alabama and developed an interest in sports at an early age. He constantly got into trouble that made his family to nickname him "wild boar hog" where he obtained the name "Bo." When he joined a school, Jackson knew well where his passion was and went straight to sports. He went ahead to win a decathlon and did well in baseball.

Bo Jackson attended McAdory High School' in McCalla, Alabama. He met valuable people here who imparted skills on baseball and football to him. His primary mentor was Dick Atchinson. In 1982, Jackson was chosen by the New York Yankees in the 1982 Major League Baseball Draft. He did not take up the offer.

He joined Auburn University on a football scholarship. This was a fulfillment of a promise he made to his mother to go up to the college level. Here, the head coach, Pat Dye, recruited him to his team.

Bo Jackson was the first overall pick of the NFL Draft 1986 by the "Tampa Bay Buccaneers." He, however, chose to play baseball with the "Kansas City Royal." He also joined "Los Angeles Riders" where he played football from 1987. His star continued to shine, and in 1990, Jackson had an average of 11.3 in Receiving and 5.6 in Rushing in football while he averaged 0.272 in baseball.

Jackson suffered a hip injury in 1991 while playing for the Raiders. This was the lowest point of Jackson's career since he halted his football career. Late that year, he moved from Kansas City Royals to "Chicago White Sox" where he continued his baseball career.

At Chicago White Sox, Vincent Jackson became a great asset, and he assisted them to win the American League West Championships in 1993. Jackson decided to retire from baseball to have more quality time with his family. He retired in the 1994 season having played for three clubs, "Kansas City Royal," "Chicago White Sox" and "California City Angels." At the time of his retirement, he averaged an excellent 0.250 in baseball. In football, he averaged 8.8 in Receiving and 5.4 in Rushing.

In 1990's, Jackson tried his hand in the acting field, where he made appearances in televisions and small roles in different films. He went back to school, and in 1995, he graduated with a Bachelor of Science degree in Family and Child Development, at Auburn.

Bo Jackson has done extensive investment projects. In 2007, they collaborated with John Cangelosi to build the "Bo Jackson Elite Sports Complex" in Lockport, Illinois. This was a multi-sports dome facility meant to support the sports people in the country. Other investments that Jackson made included a food company called "N'Genuity" and a member of a group investors owning "The Burr Ridge Bank and Trust" in the suburbs of Chicago.

Jackson has also been actively involved in the advertising industry. He did commercials for "Nike" during their "BOOM campaign." Jackson rejoined Chicago White Sox as an ambassador for the team, on January 22, 2014.

Bo Jackson won the "Heisman Trophy" in 1985 while he was still a student at Auburn University. In 1987, he was awarded "Bert Bell Trophy" and the NFL's "Rookie of the Year Award." Two years later, he was voted the "American League All-Star" and "All-Star Games MVP."

In 1993, Bo Jackson was named the "Sporting News Comeback Player of the Year." In 1996, he was inducted into "Alabama Hall" of Fame and "College Football Hall of Fame."

He appeared on the Spike TV Sports reality show where he quickly defeated amateur athletes in a contest.

Bo Jackson had a bike ride for 300 miles for charity course in 2012. He consequently created a campaign "Bo Bikes Bama" to rescue the victims of the tornado that had huge negative impacts in Alabama. It is now an annual event.